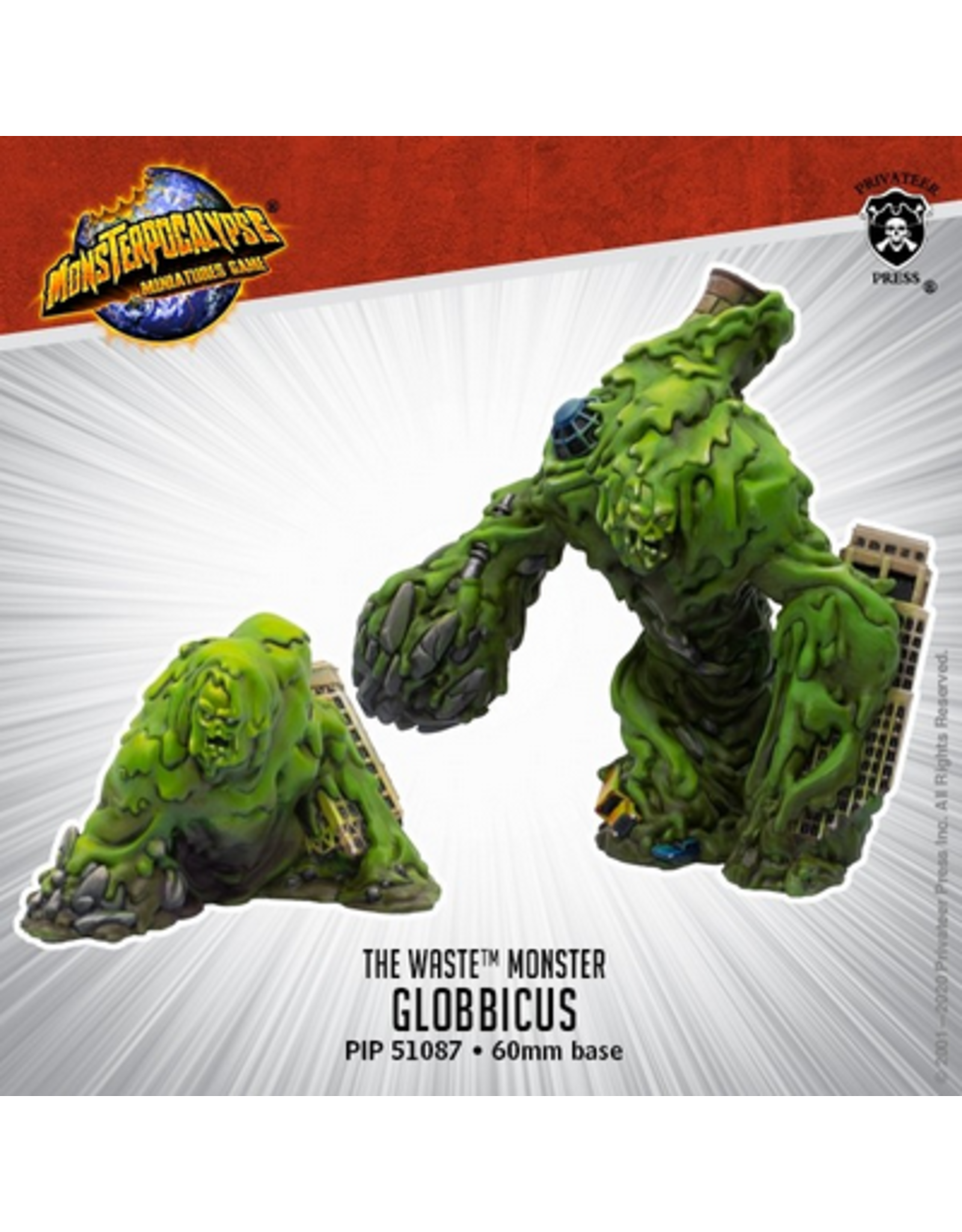 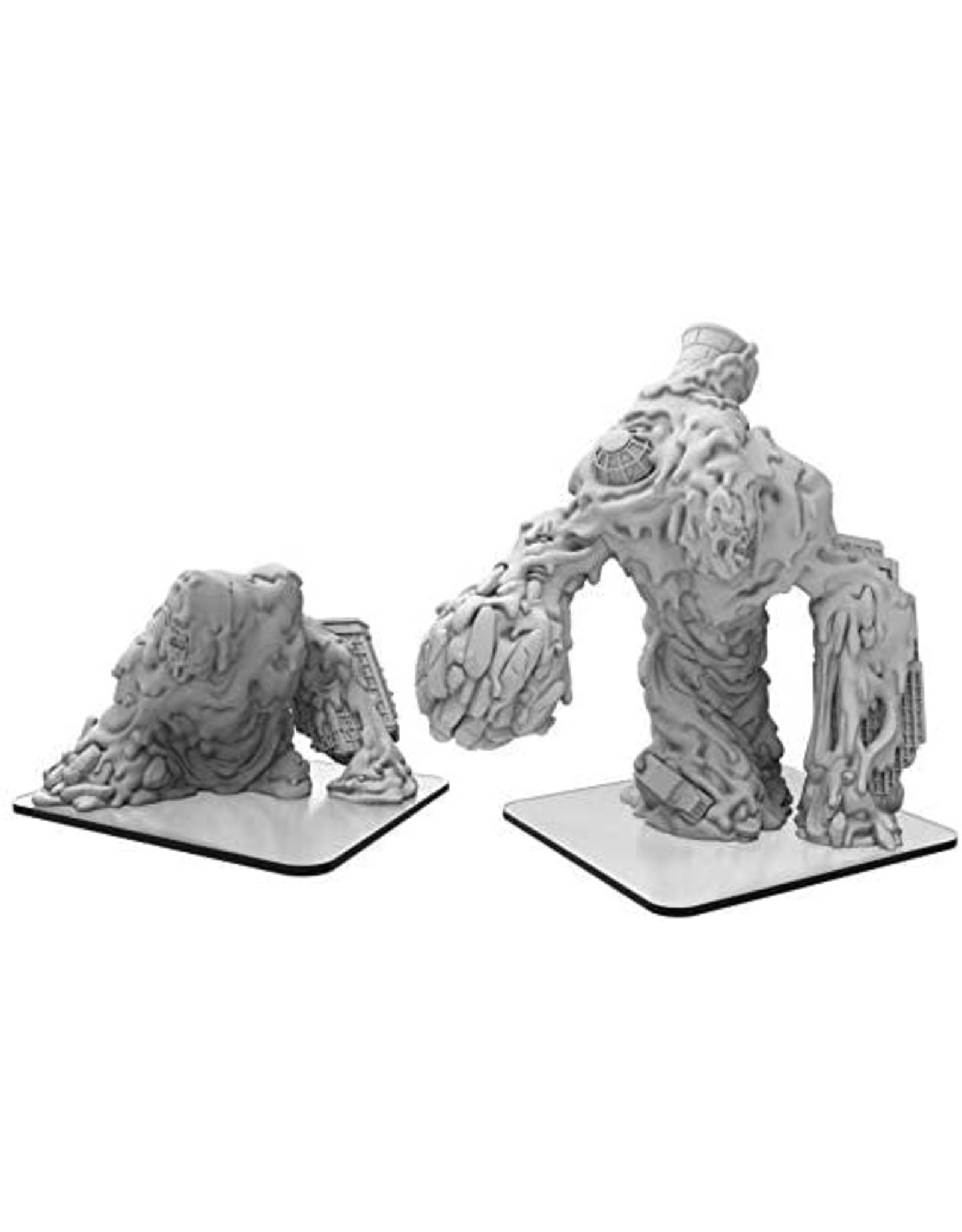 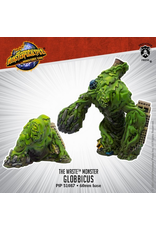 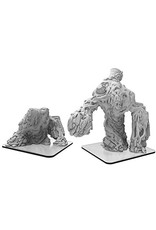 Human scientists are baffled by the emergence of the Waste. The only thing about these new destructive creatures that’s been verified by multiple sources is that they seem to be spreading from the Chicago area. The prevailing theories all propose Globbicus represents the impact the Monsterpocalypse is having on the planet Earth. Embedded in the creature’s free-flowing form are the remnants of a power plant. During the initial skirmish between Gorghadra and human forces, that great cosmic beast was thrown into a power plant, leveling it and suffering significant damage. Perhaps this repulsive entity was formed when some of the Planet Eater’s flesh came into contact with the fuel rods exposed in the facility’s destruction. Or perhaps the eldritch energies unleashed by the Lords of Cthul have shifted reality enough that the laws of physics are beginning to break down. Even less clear are the creature’s motives, and theories abound on the topic of its intelligence. The only thing scientists have come to a conclusion regarding is that more observation and samples are necessary to truly understand this new threat.

Globbicus is a unique monster that can be added to any Destroyers force. In alpha mode, this massive blob Demolishes buildings in order to use the resulting debris as an Improvised Weapon. This foul monster is made of a semi-liquid material, making it Steady in the face of an opponent’s attacks and Unwieldy for other monsters to get a handle on. When it goes Hyper, it Bifurcates into two creatures, who Flank opponents. Much easier to toss around in its smaller form, units will have to be wary of the splash resulting in the impact the creature makes when it lands.