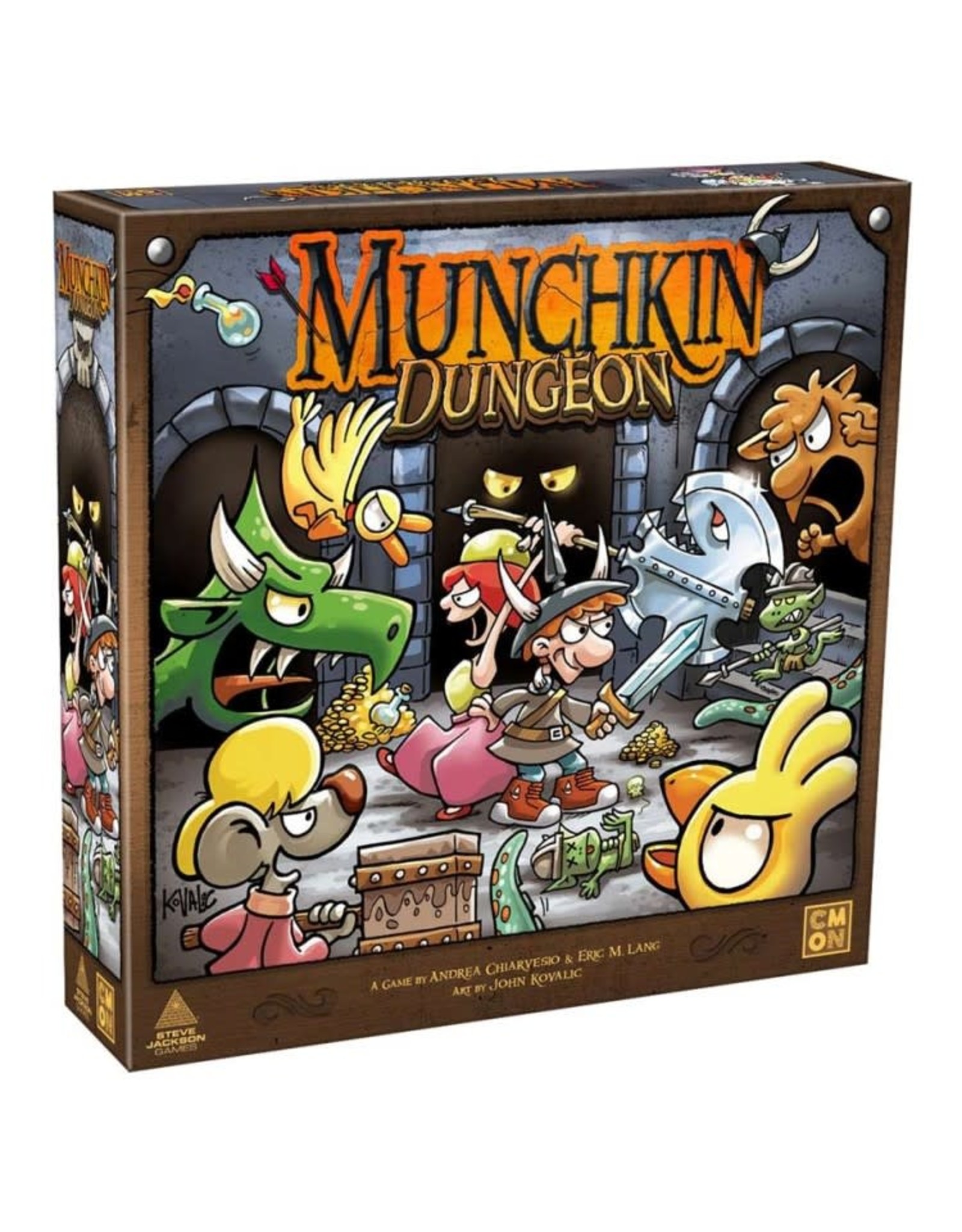 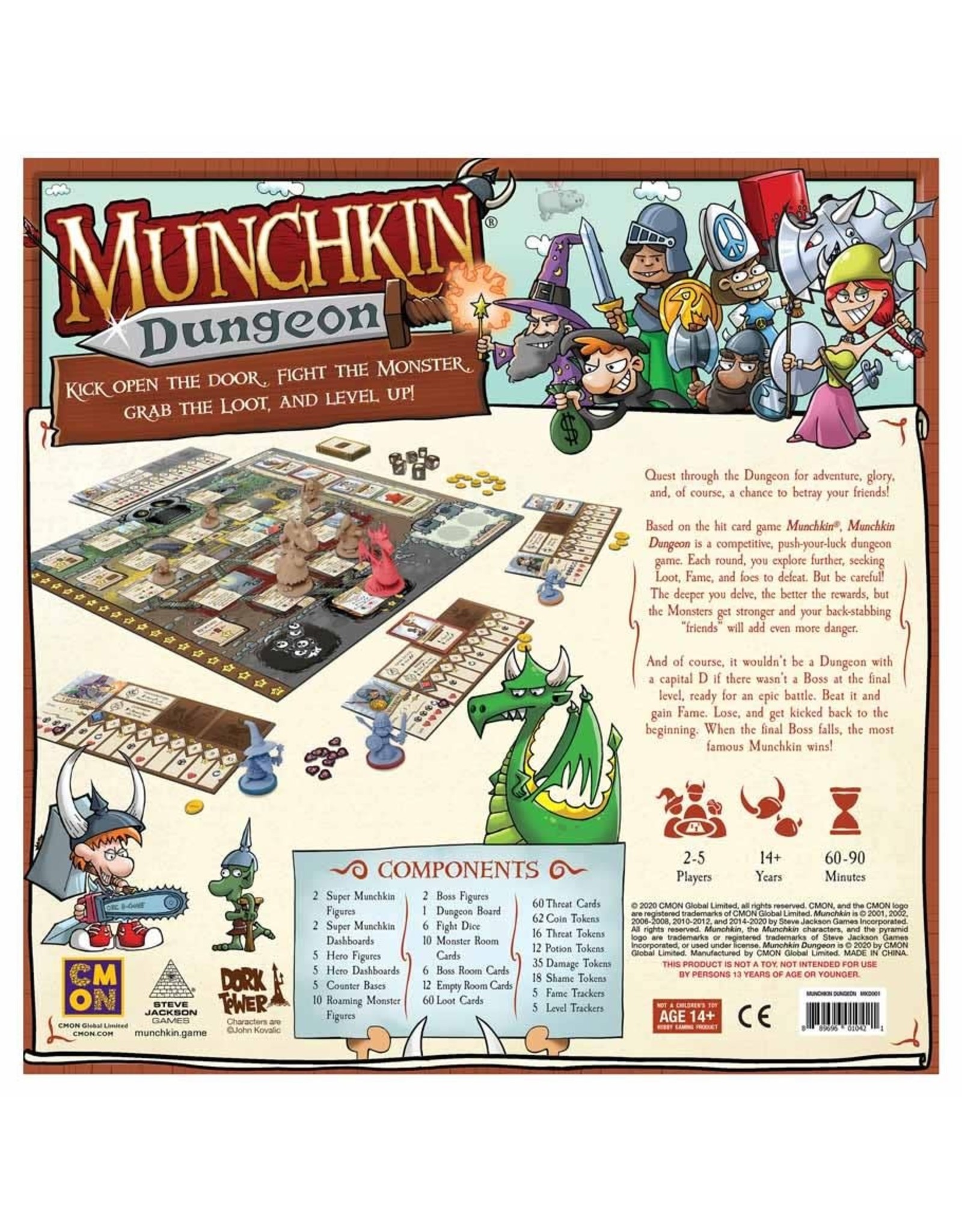 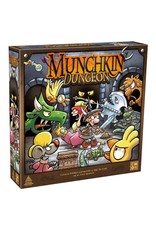 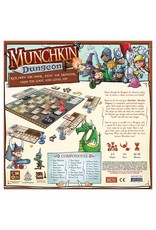 The life of a Munchkin is pretty simple: kick the door open, beat up the monster, take the loot, gain levels, and get famous. Just watch out for the other Munchkins looking to also get that loot. There’s no honor among Munchkins, and they’ll gladly stab you in the back.

In Munchkin Dungeon, players take on the role of Munchkins adventuring through a dungeon. Each round, they’ll move down through the dungeon’s different rooms, going as far as they dare before they must face whatever’s in their final room. Other players can then add threats to the fight, making things even tougher. And down at the bottom of the dungeon is the nasty boss. Through all of this (hopefully) players will be gaining loot, levels, and fame. In the end, the most famous Munchkin is the winner.

The Heroes, as well as many of the Monsters, are represented on the table by highly-detailed miniature figures based on Munchkin’s characteristic artwork.