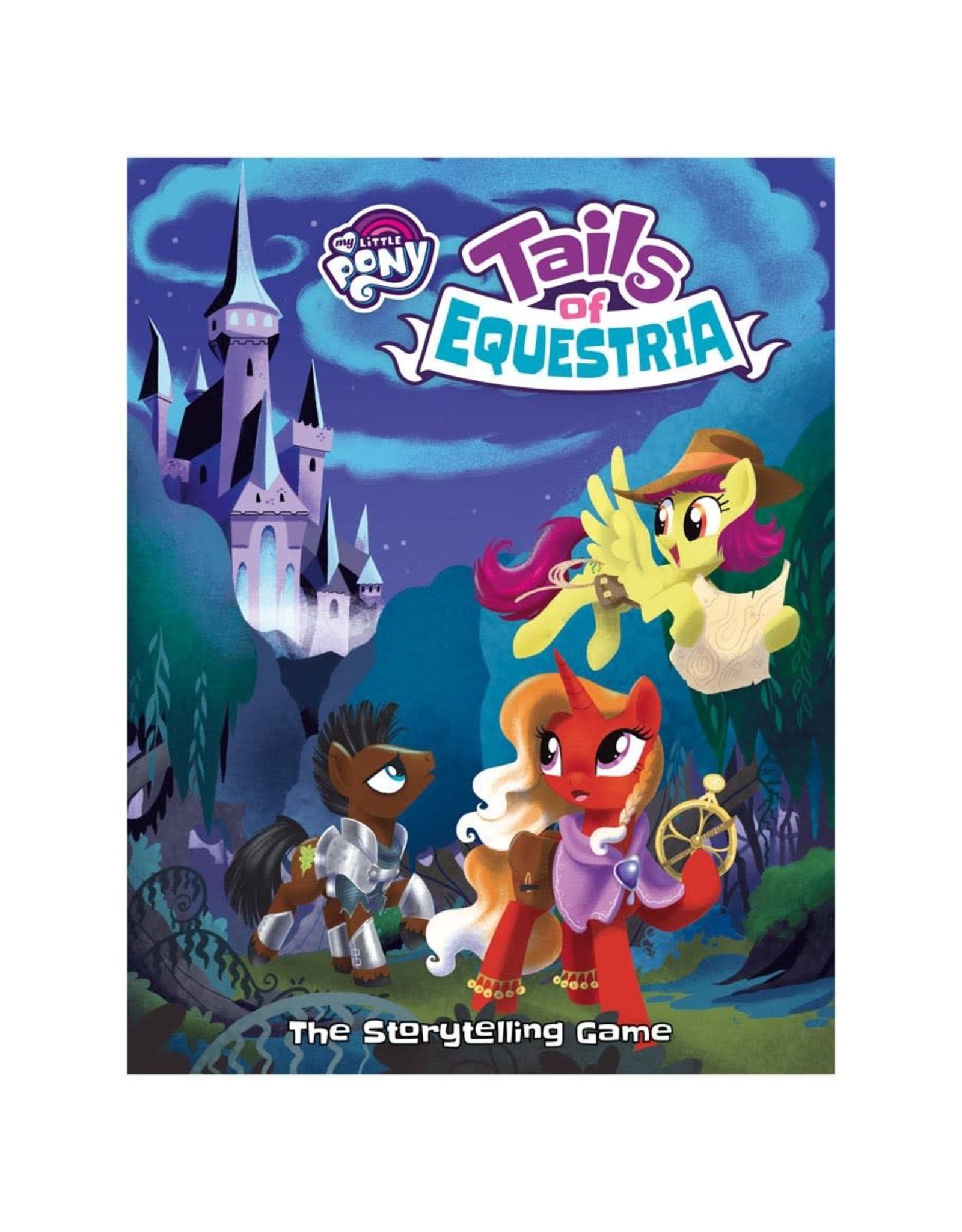 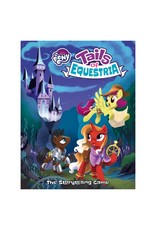 My Little Pony: Tails of Equestria is a storytelling pen and paper game for 2 to 6 players. Players create and role-play as pony heroes who explore and seek adventure in the various lands of Equestria. Guided by a Game Master (GM), players adventure together and use the magic of friendship to overcome obstacles as they learn more about each other and the world around them.

With a full-color, hardback, 152-page rulebook outlining character creation, scenarios, play, Tails of Equestria brings My Little Pony to life for all who love the magic-filled world of Equestria. Using the rulebook, players are encouraged to create their own pony that represents them. Armed with core skills and special abilities, each player then ventures into the world with their pony peers, forging deeper friendships as they help one another in the whimsical world they create through every action they take.