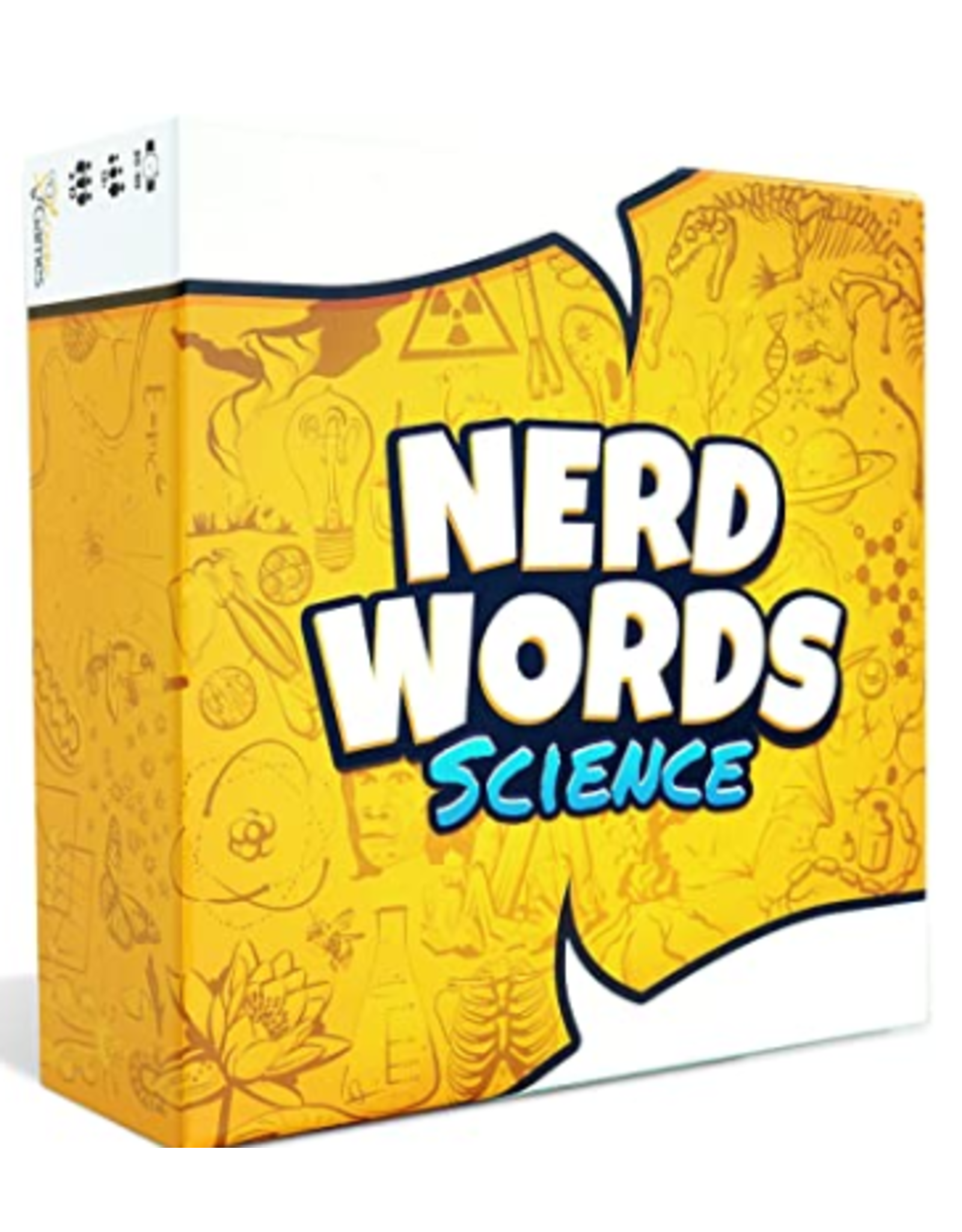 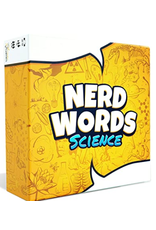 Nerd Words: Science! is a word game in which teams pit their wits and science knowledge against each other with the goal of figuring out secret Science Terms based on Clues given to them. Each round the lead scientist chooses a Term from a hidden pool of science words. They then reveal a series of one-word Clues cleverly associated with the Science Term. The first three Clues must begin with a different letter in the Science Term other than the first letter. If neither team has figured out the Science Term, the final Clue will begin with the first letter of the Term as a last ditch effort! After each Clue, both teams have 60 seconds to submit a Guess and place a bet based upon how confident they are in their Guess. Each team to correctly guess the Science Term scores points based on their bet and the team with the most points at the end of the game wins!