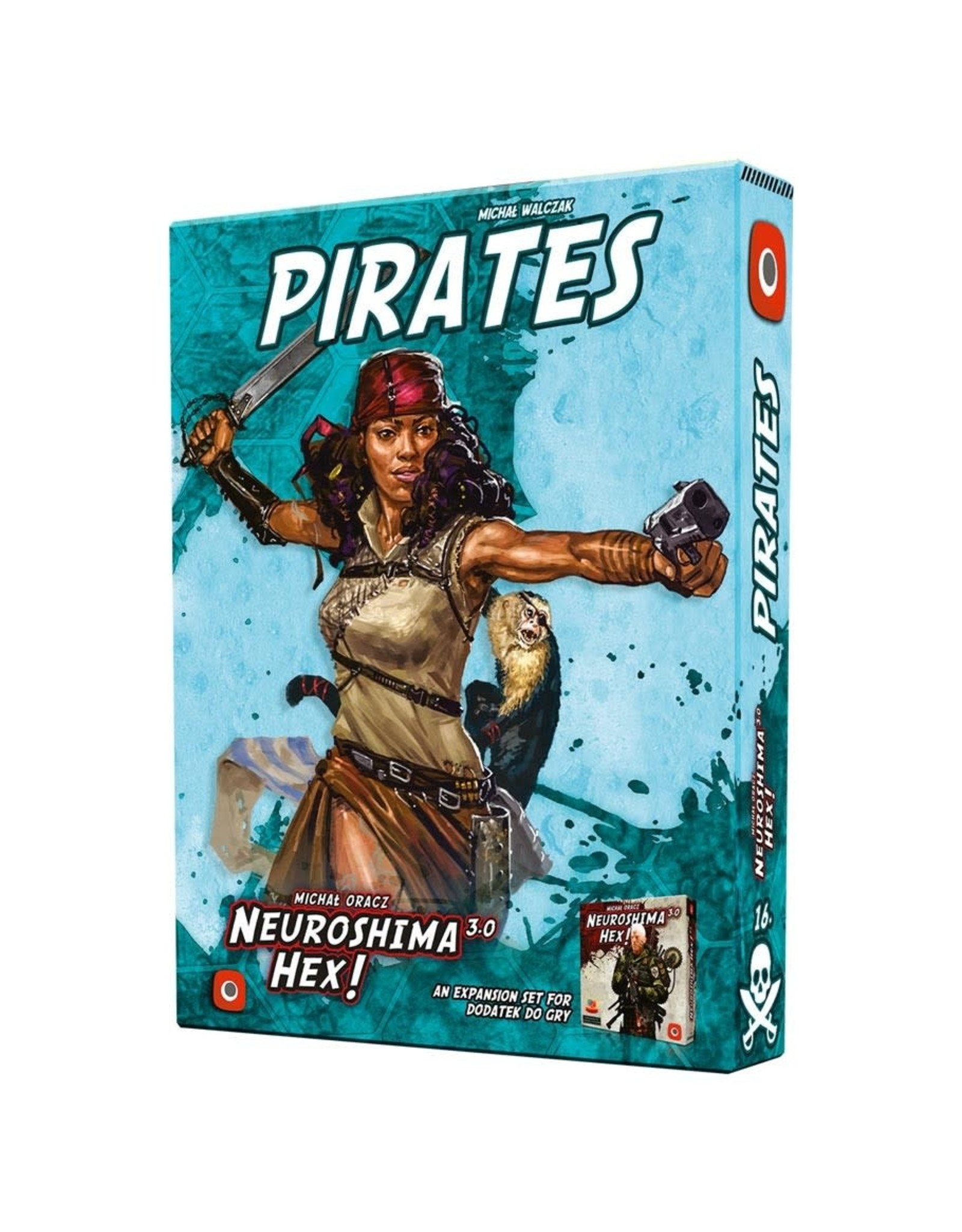 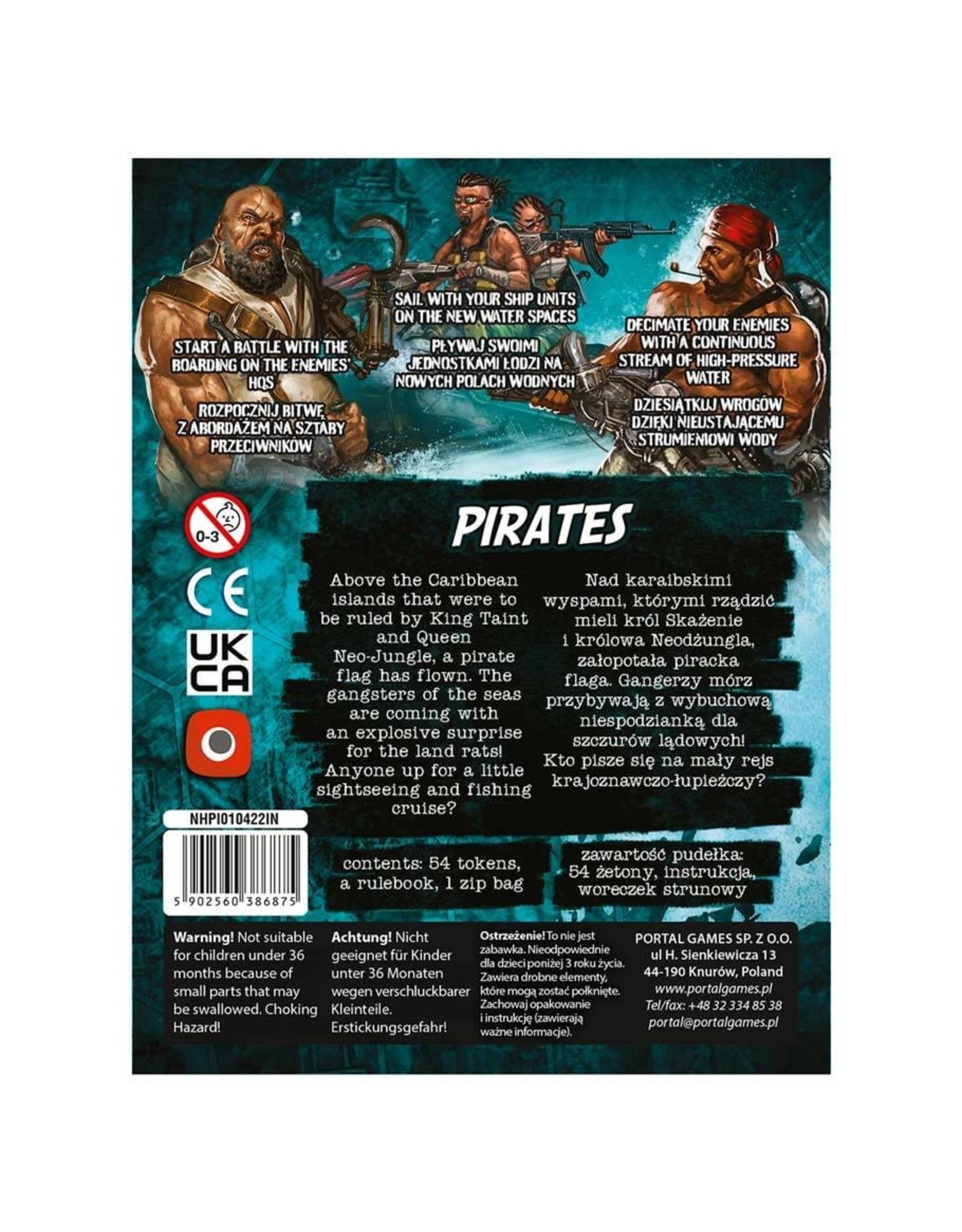 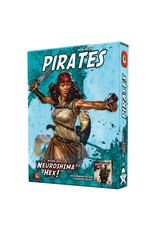 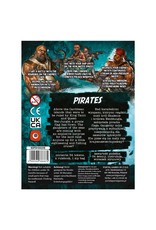 Some people can thwart even Moloch’s and Neo-Jungle’s plans. Those here used to sail on ships, but switched to motor boats. They are always hungry for riches, good rum and (above all) picking a fight. The pirates are coming to kick some landmen’s asses!

Pirates is the next expansion to the legendary area control game about the world of Neuroshima. The new army is flying under the black flag, has water cannons, harpoons but one thing they don’t have — a good captain!

Stand at the helm and lead your pirates to board. Expand the standard Battlefield thanks to innovative Water Fields and use the Drift trait of your units to plan each next turn in advance. So, are you signing up for this adventure? There will be no shortage of rum!