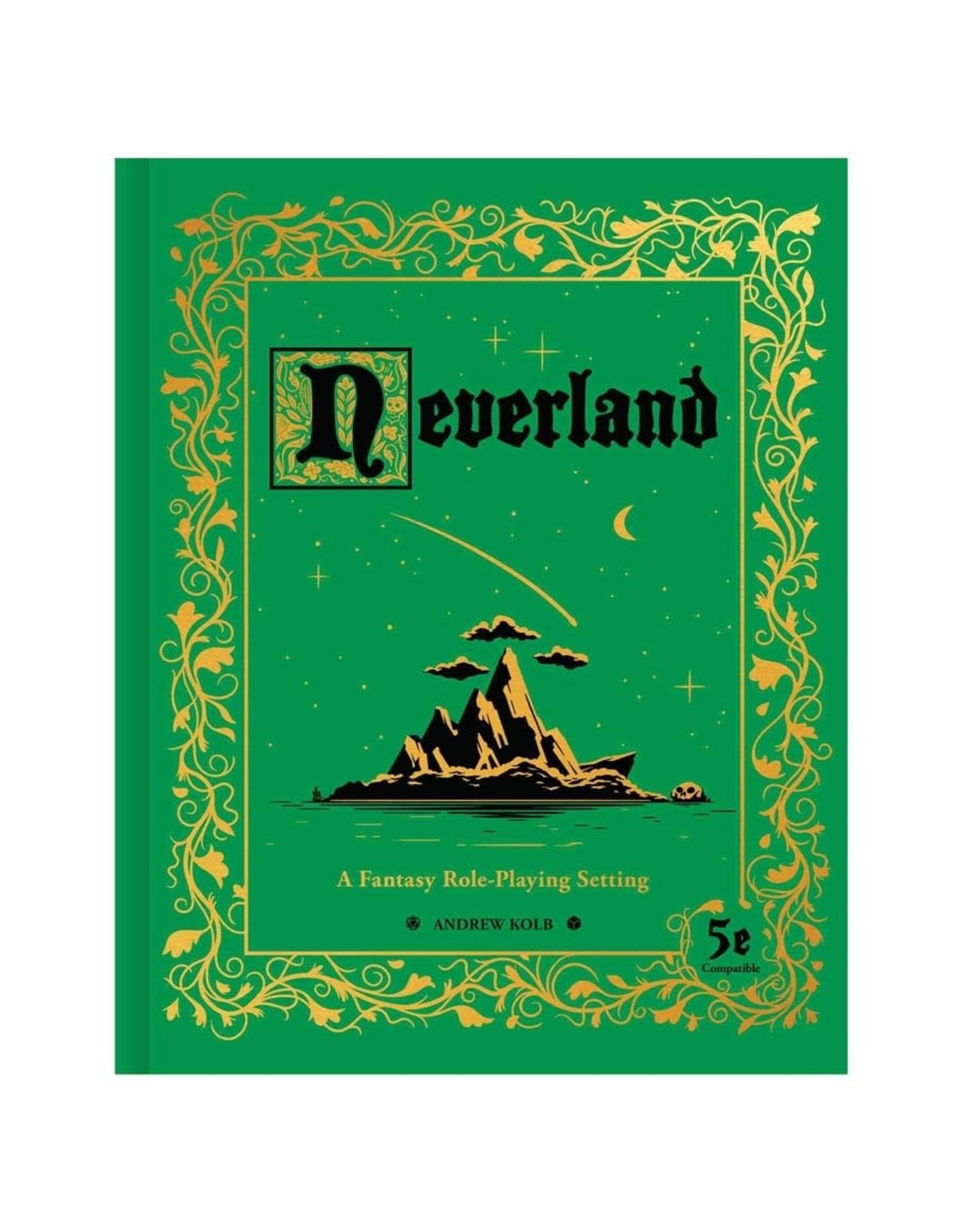 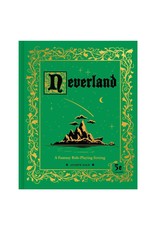 Mermaids, sword fights, and adventures through Neverland are all fun and exciting—until you’re staring down the mouth of a crocodile big enough to topple a castle. Journey into the world of Peter Pan and its mysterious inhabitants in Neverland: A Fantasy Role-Playing Setting.

Many have heard of the island of Neverland. Stories of pirates, mermaids and Peter Pan are told by parents around the world to send their children off to a happy, dreaming sleep. But, it’s been a long time since the Darlings first flew to Neverland and a new story is about to be told. Your own.

Take a journey into the world of Peter Pan and its mysterious inhabitants in Neverland: A Fantasy RPG Setting. The book is a feature-length hex crawl campaign, intended for sandbox exploration. Created by Andrew Kolb, you’ll find endless adventure inside, lovingly adapted from the tales of Peter Pan and tailored for an older audience. Each hex is self-contained, brimming with lore from Peter Pan and the Darlings’ escapades.

It’s time to tell your own stories of pirates, mermaids and children who can fly.

For use with the fifth edition of the world’s oldest role-playing game.