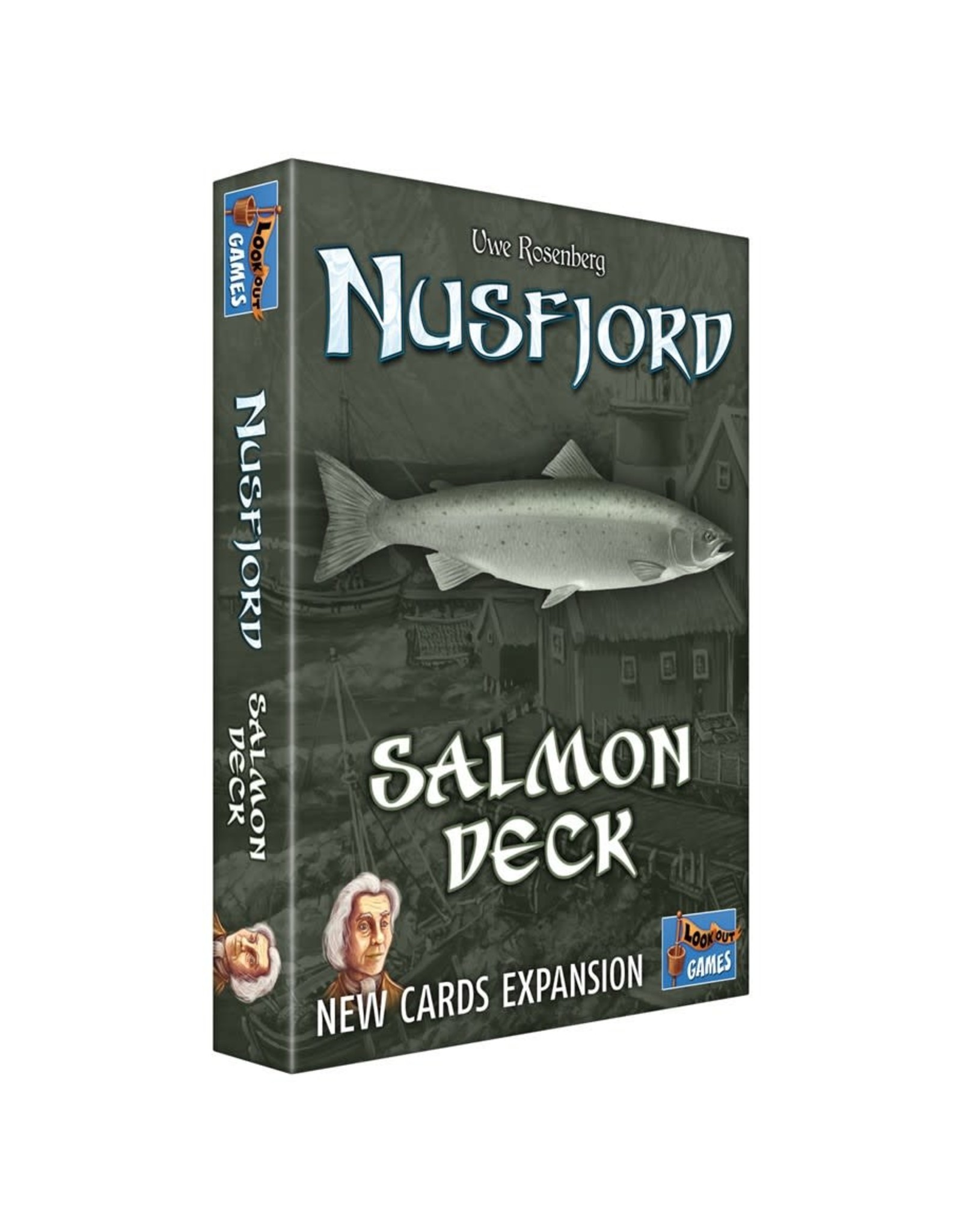 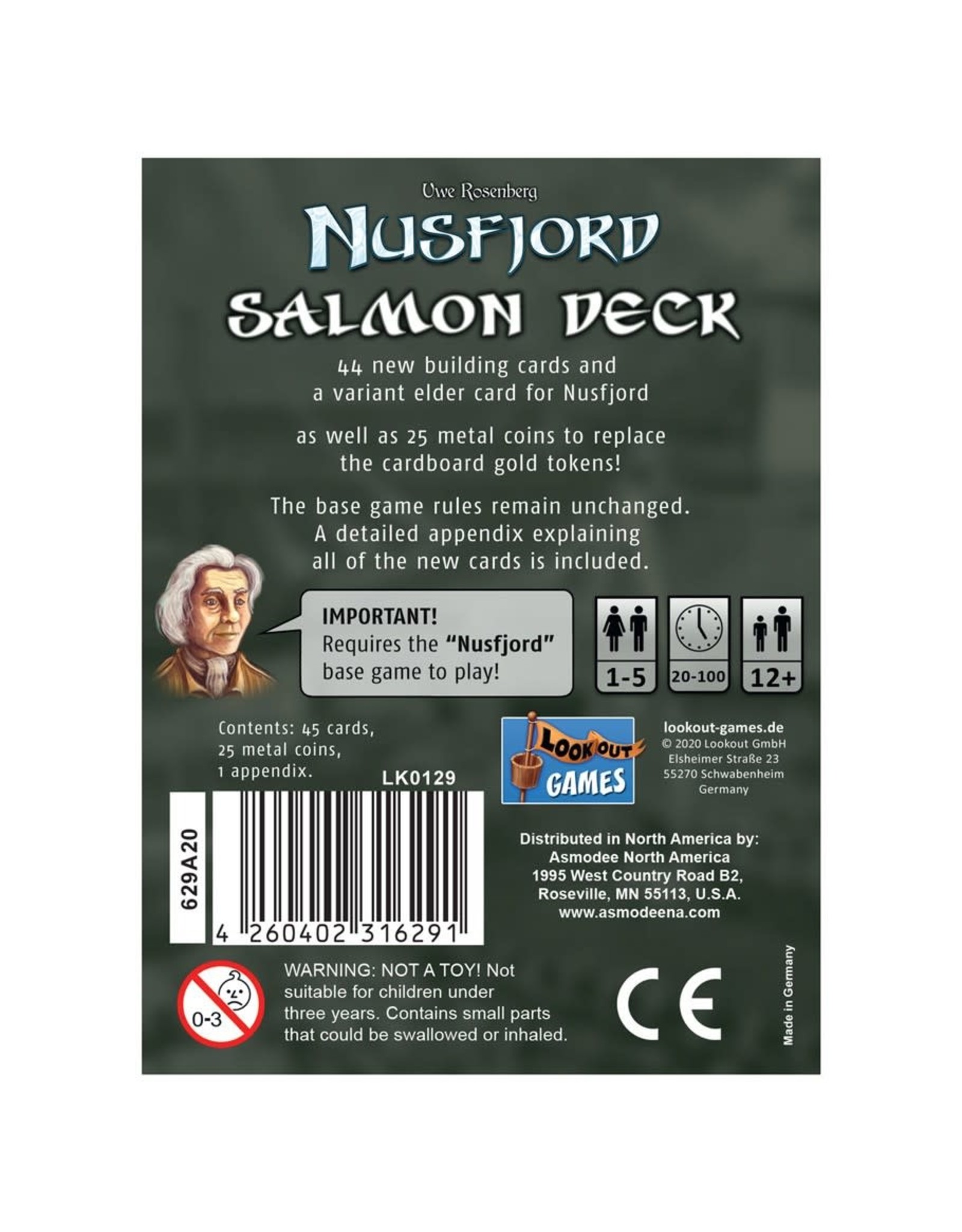 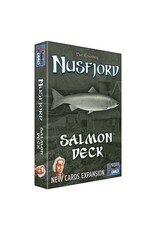 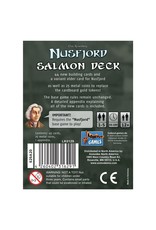 NOTE: THIS PREORDER ITEM IS NOT AVAILABLE TO SHIP OR PICK UP UNTIL RELEASE (estimated release date January 1, 2021.)

The Salmon Deck ist the second expansion for Nusfjord. It introduces 44 new A-, B- and C-Buildings for advanced players, requiring a much deeper understanding of its mechanics than the base game decks. Additionally, the expansion contains metal coins, which replace the base games cardboard coins for a better feel and look of the base game as well as a new elder.