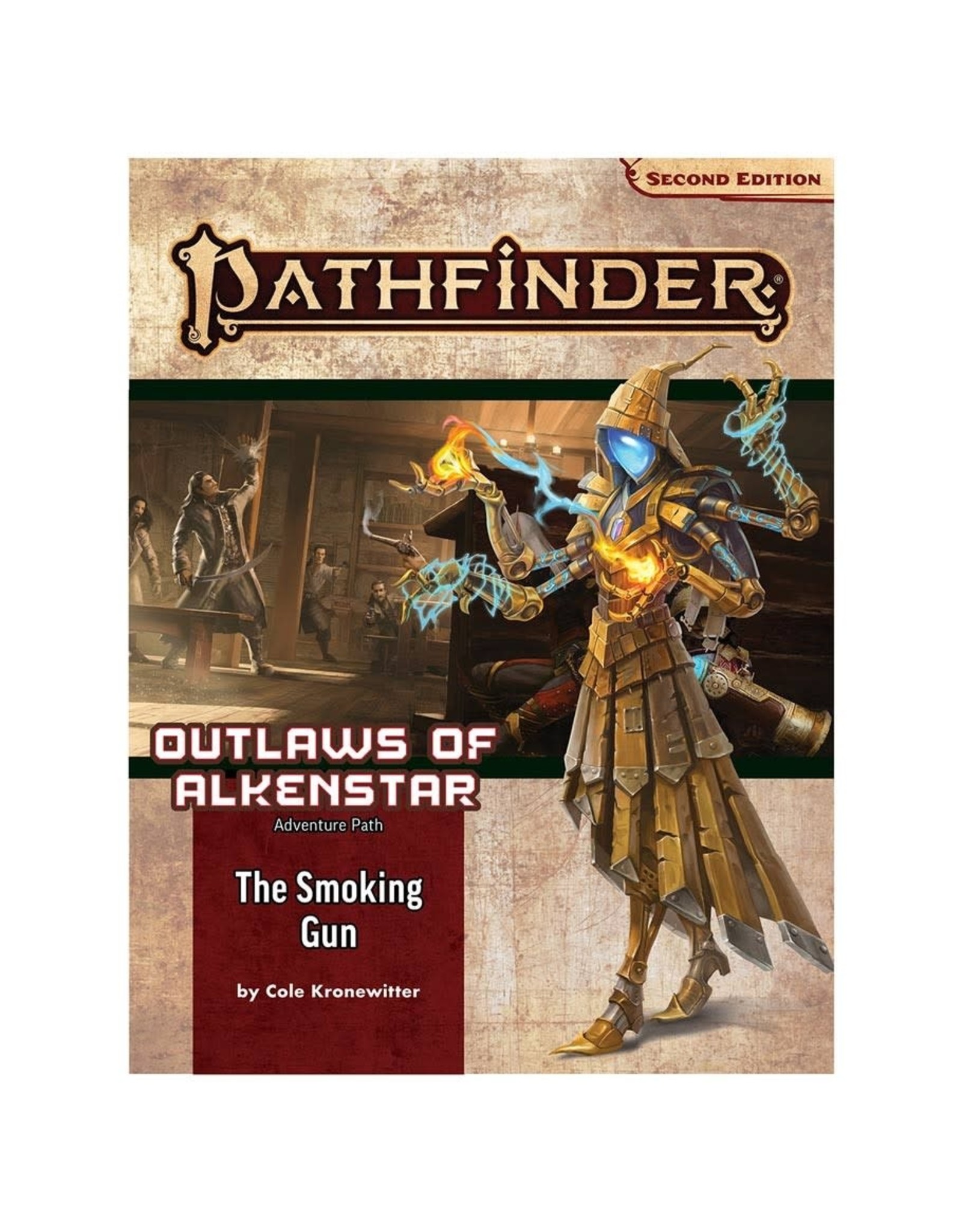 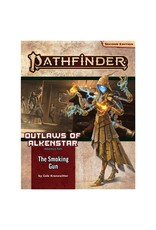 With the chips down and the cards stacked against them, a crew of vengeance-seeking vigilantes must infiltrate Alkenstar's upper crust in order to clear their names and halt a villain's plot to bring the city to its knees. In this action-packed finale, the characters must pull off a daring high-rise heist at a garish gala, shut down a necromancer's shocking schemes in a volatile hydropower plant, and dismantle their last remaining rival's master plan aboard a luxury gearboat, all before an explosive conclusion destined to blast the city apart!

“The Smoking Gun” is a Pathfinder adventure for four 8th-level characters. This adventure concludes the Outlaws of Alkenstar Adventure Path, a three-part monthly campaign in which a band of outlaws unravel an explosive criminal plot in the heart of the City of Smog, Alkenstar. This adventure also includes a breakdown of the world's largest arms manufacturer, the Gunworks; new feats, items, and rules options perfect for gunslingers, gearheads, and grenadiers; and new steampunk creatures and mutant monsters to befriend or bedevil your players.