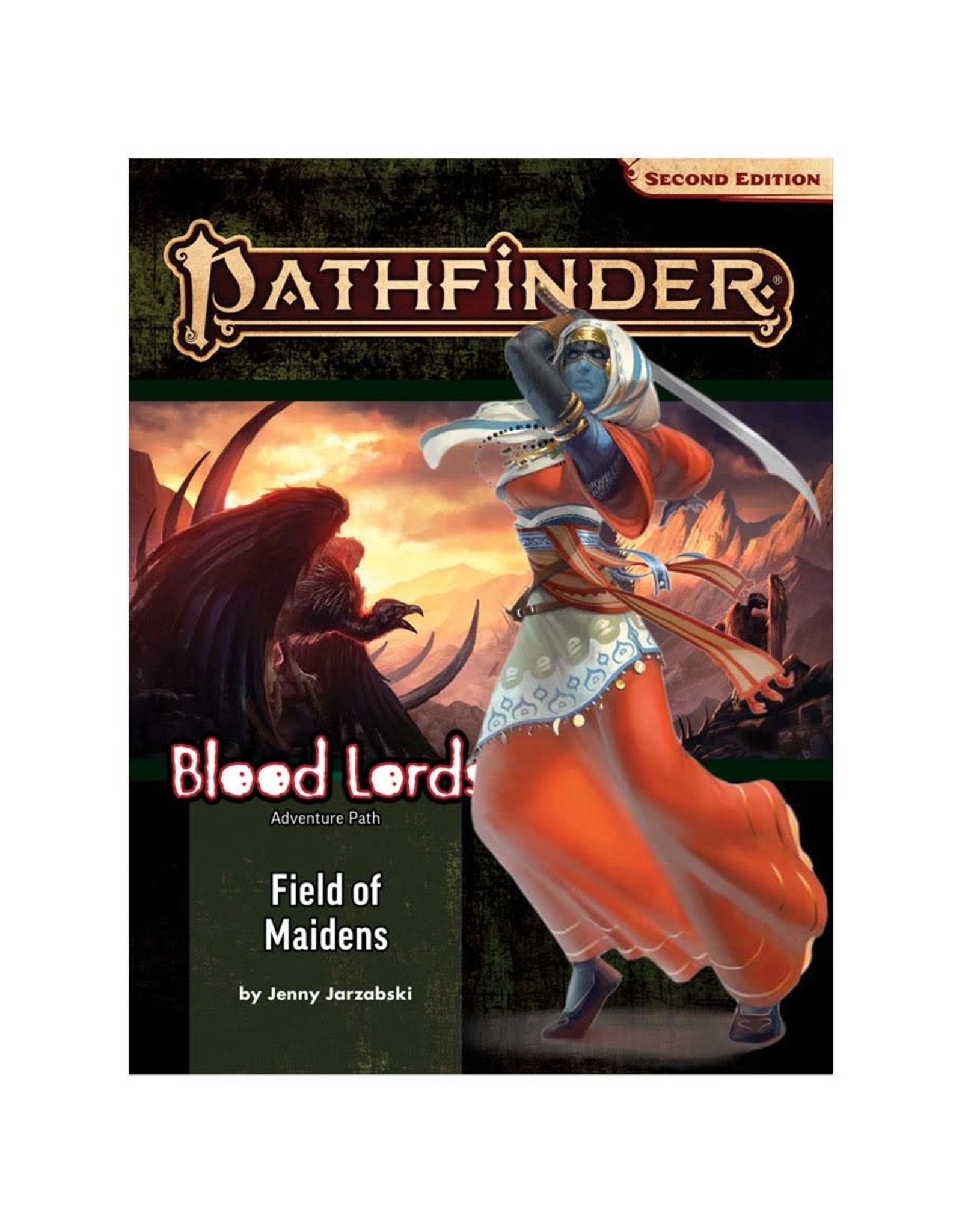 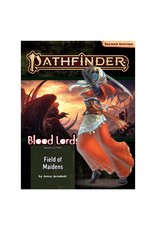 Secrets Hidden in Stone! The Field of Maidens, an eerie stretch along the nation of Geb’s southern border, lies studded with the petrified remains of invaders from centuries past. Long neglected and largely abandoned, the area takes on new significance when a traitor claws her way back from the dead and races toward her master concealed in the statue-filled badlands. At the same time, foreign invaders have infiltrated the stony sentinels to move against Geb. The player characters must piece together clues, unravel tangled motives, and bring to light machinations that threaten to destabilize the nation from the Field of Maidens.

“Field of Maidens” is a Pathfinder adventure for four less-than-good-hearted 8th-level characters. The adventure continues the Blood Lords Adventure Path, a six-part, monthly campaign in which the characters rise from skilled troubleshooters to join the Blood Lords who rule a land of the dead. The adventure also details the celestial matriarchy of Holomog and examines the undead shadows that plague the world’s dark places. New items, spells, monsters, and more await your examination in "Field of Maidens”!