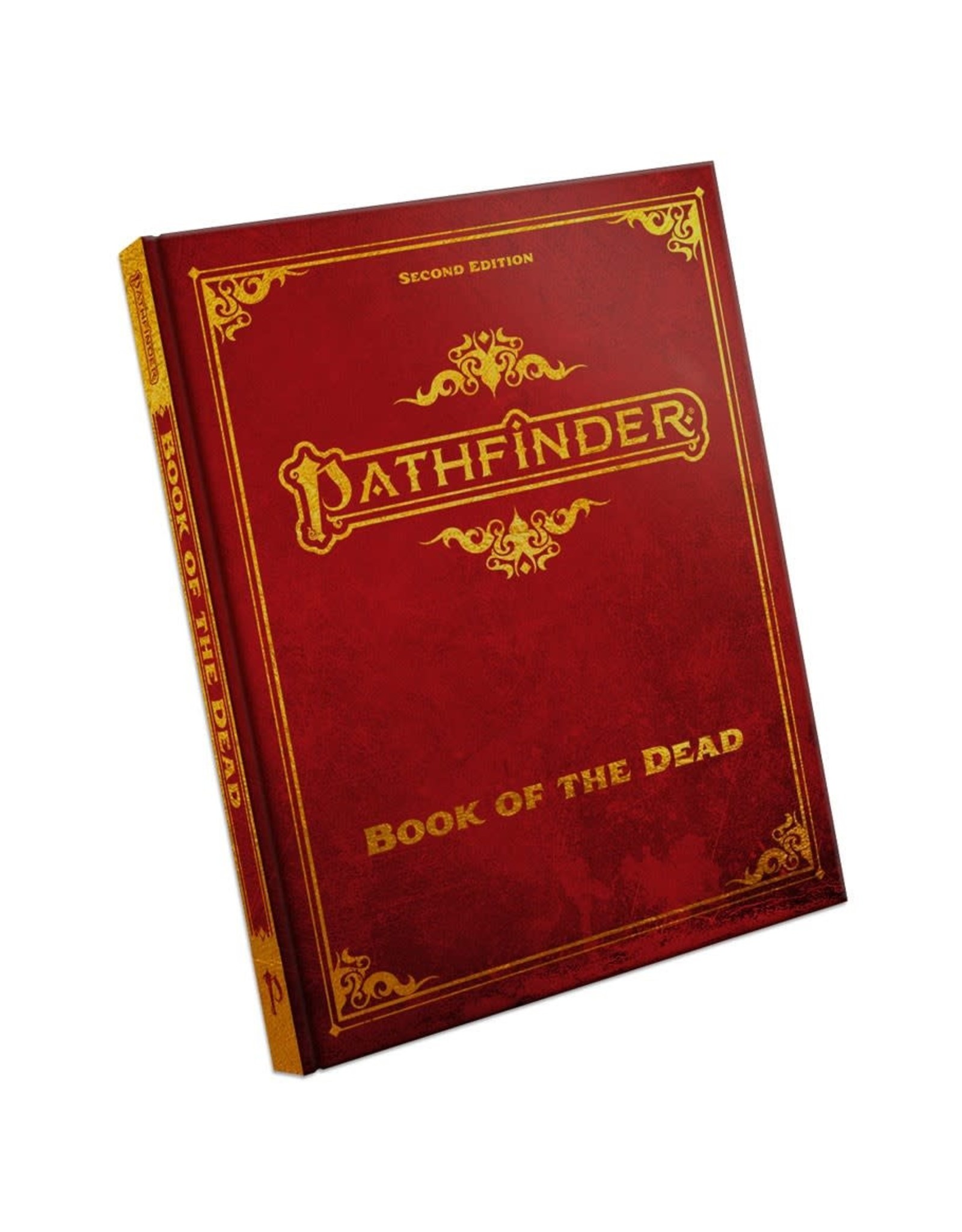 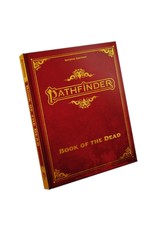 The dead are rising! This blasphemous tome gives players and GMs everything they need to bring the shambling menace of the undead to their Pathfinder adventures. This book includes tools for fighting against the undead horde, but also options for the players themselves to control or even become undead creatures. GMs will find new tools and haunts, as well as information about the undead-plagued lands of the Lost Omens campaign setting. A massive bestiary section full of undead creatures brings more threats for GMs to use and summonable creatures for players, including more versions of classic undead like vampires, skeletons, and zombies. This 224-page hardcover rulebook also includes a full adventure themed around fighting the undead!

This deluxe special edition is bound in faux leather with metallic deboss cover elements and a bound-in ribbon bookmark.