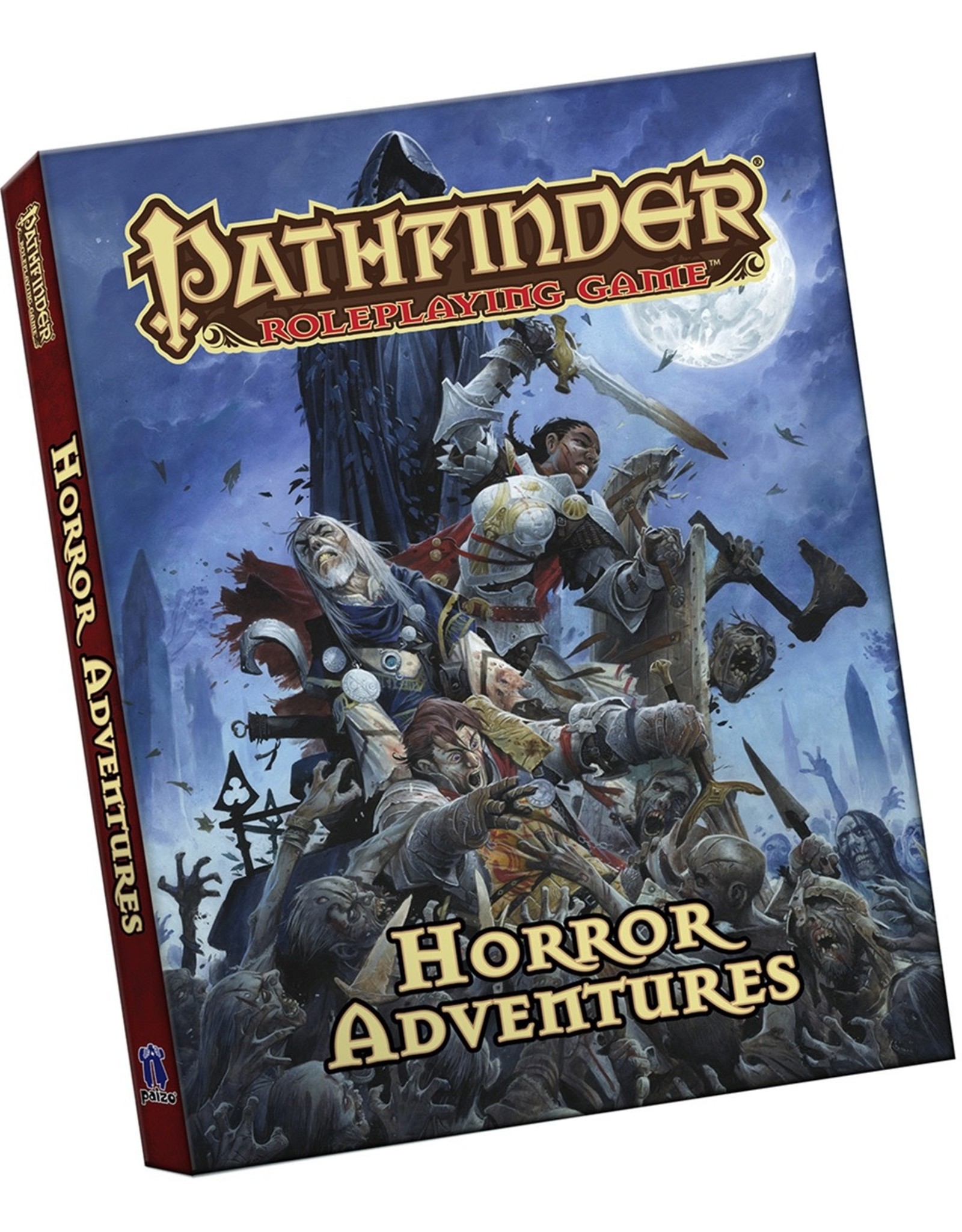 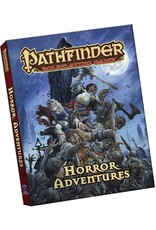 There are things that dwell in the dark places of the world, in long-abandoned crypts or musty attics—terrible things that can destroy your body and shatter your mind. Few individuals would think to seek out such nightmares, but those drawn into the darkness often find it infecting them, corrupting them in ways both subtle and disgusting. Some believe those who die facing such horrors are the lucky ones, for the survivors are forever scarred by their experiences.

Pathfinder RPG Horror Adventures gives you everything you need to bring these nightmares to life. Within these pages, you'll find secrets to take your game into the darkest reaches of fantasy, where the dead hunger for the living, alien gods brood in dreams, and madness and death lurk around every corner. Rules for players and GMs alike pit brave champions against a darkness capable of devouring mind, body, and soul. To prepare to face such torments, the heroes can take new feats, learn powerful spells, and even acquire holy relics—for they'll need every edge possible to survive!

Corruptions that can turn your character into a powerful monster, from a blood-drinking vampire to a savage werewolf. The only cost is your soul!
Character options to help heroes oppose the forces of darkness, including horror-themed archetypes, feats, spells, and more!
A detailed system to represent sanity and madness, giving you all the tools you need to drive characters to the brink and beyond.
Tips and tools for running a genuinely scary game, along with an in-depth look at using horror's many subgenres in a Pathfinder campaign.
Expanded rules for curses, diseases, environments, fleshwarping, haunts, and deadly traps.
New templates to turn monsters into truly terrifying foes, from creatures made of living wax to a stalker that can never be stopped!
... and much, much more!