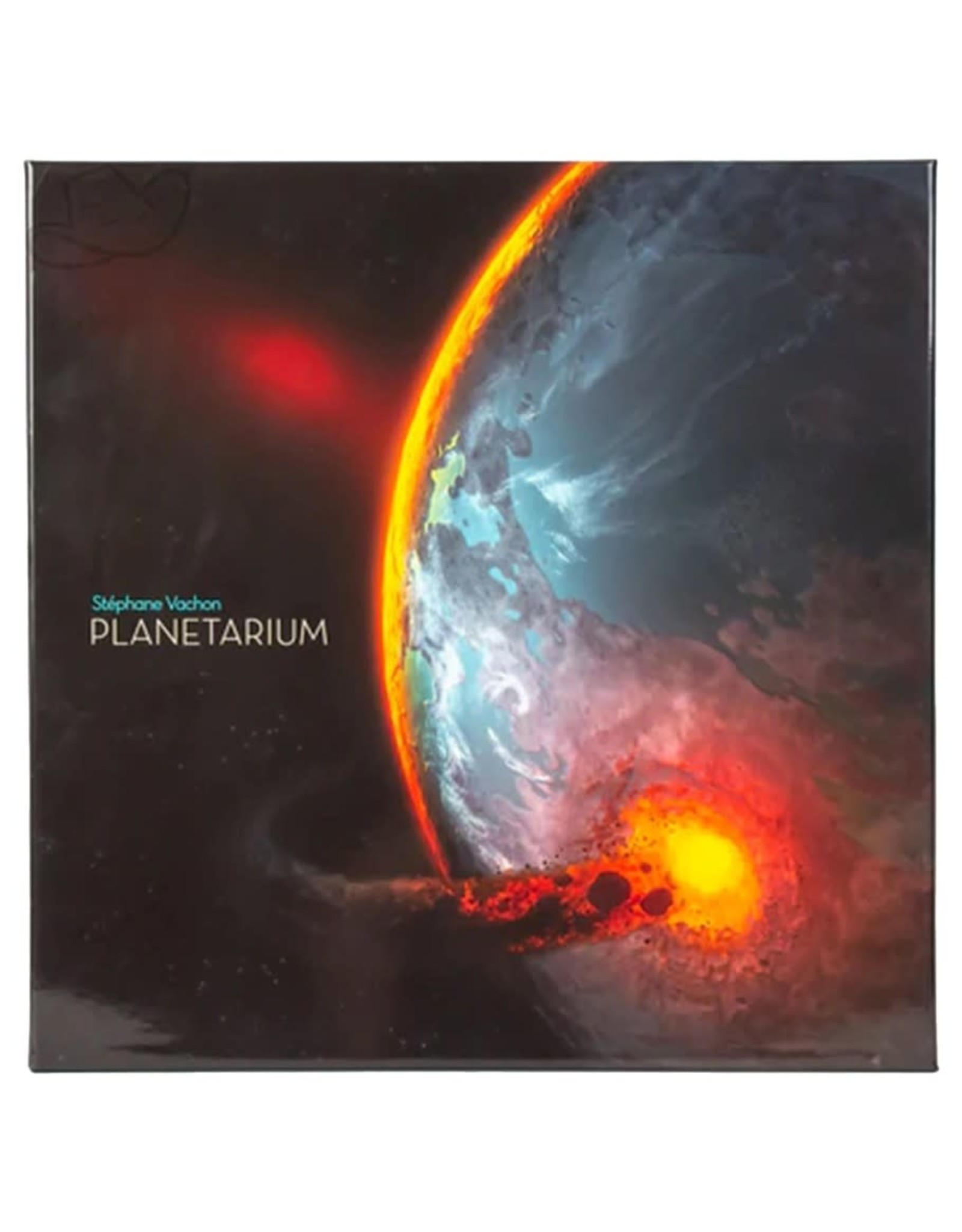 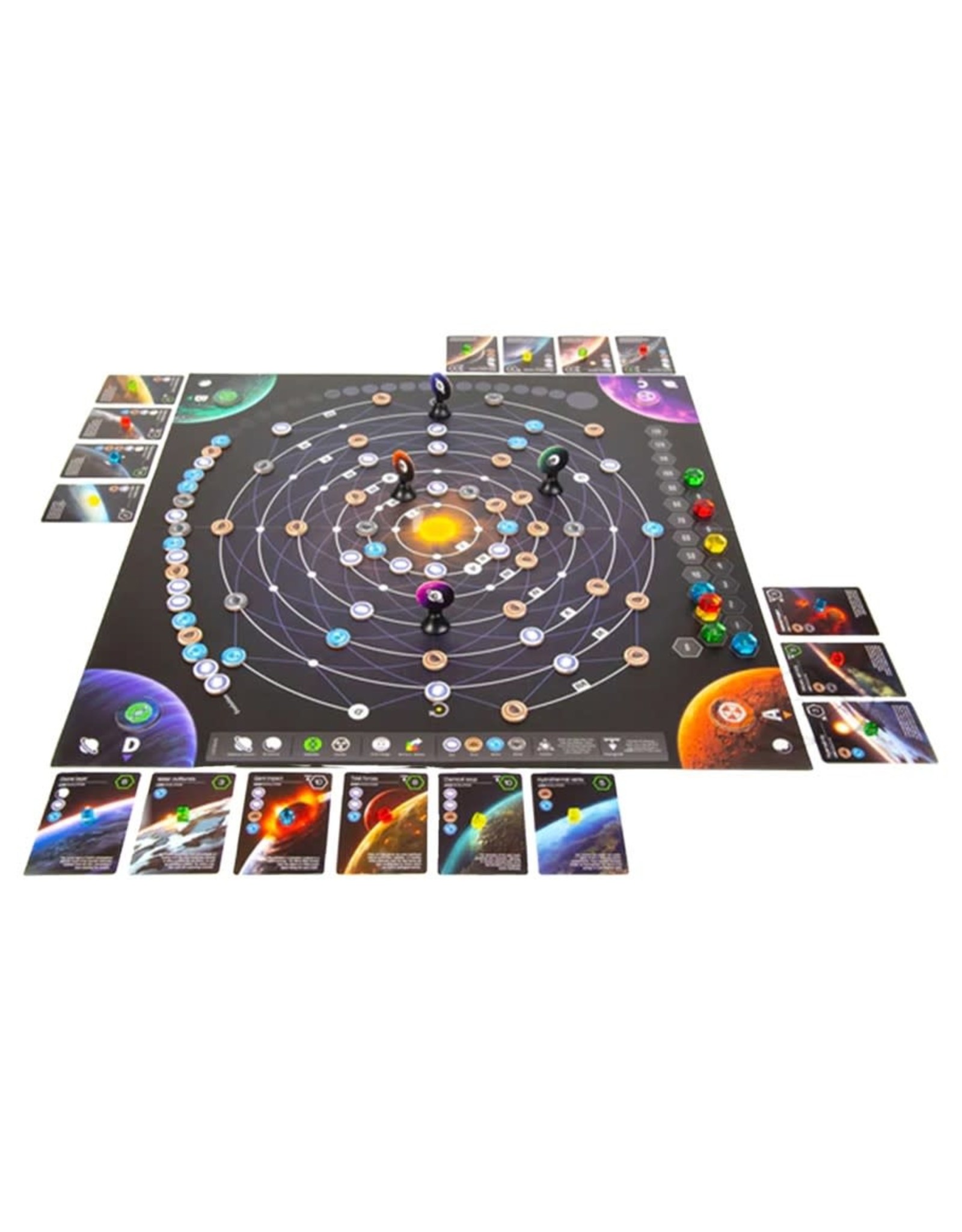 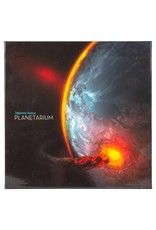 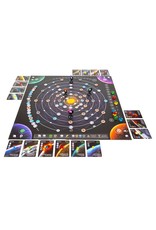 Matter swirls around a new born star, coalescing on the planetoids that orbit it. Planets evolve, grow and migrate in their orbits, forming a unique solar system by the end of every game.

Planetarium is a game of creation, chaos and terraforming on the grandest scale.

Players are competing to crash combinations of elements onto planets that then allow them to play cards to evolve the planets in a variety of ways, with each player looking to evolve planets in the system to suit their own secret endgame goals.

The thematics of the game have been developed with an eye on the science, led by a scientist working on NASA's search for life on Mars. Evolution cards thematically include all kinds of planetary phenomenon, from asteroid impacts, atmospheric effects, to geological events. Final Evolution cards mark the relatively stable state a planet is in at the end of the solar system's development and include classifications for the final planets such as Hot Jupiter or an uninhabitable frozen dwarf planet.

The game consists of a beautiful game board with handfuls of matter tokens, approximately 36 Evolution cards and 16 Final Evolution cards (all with unique space art and flavor), player mats, and player and score markers.