SOIF Baratheon Champions of the Stag 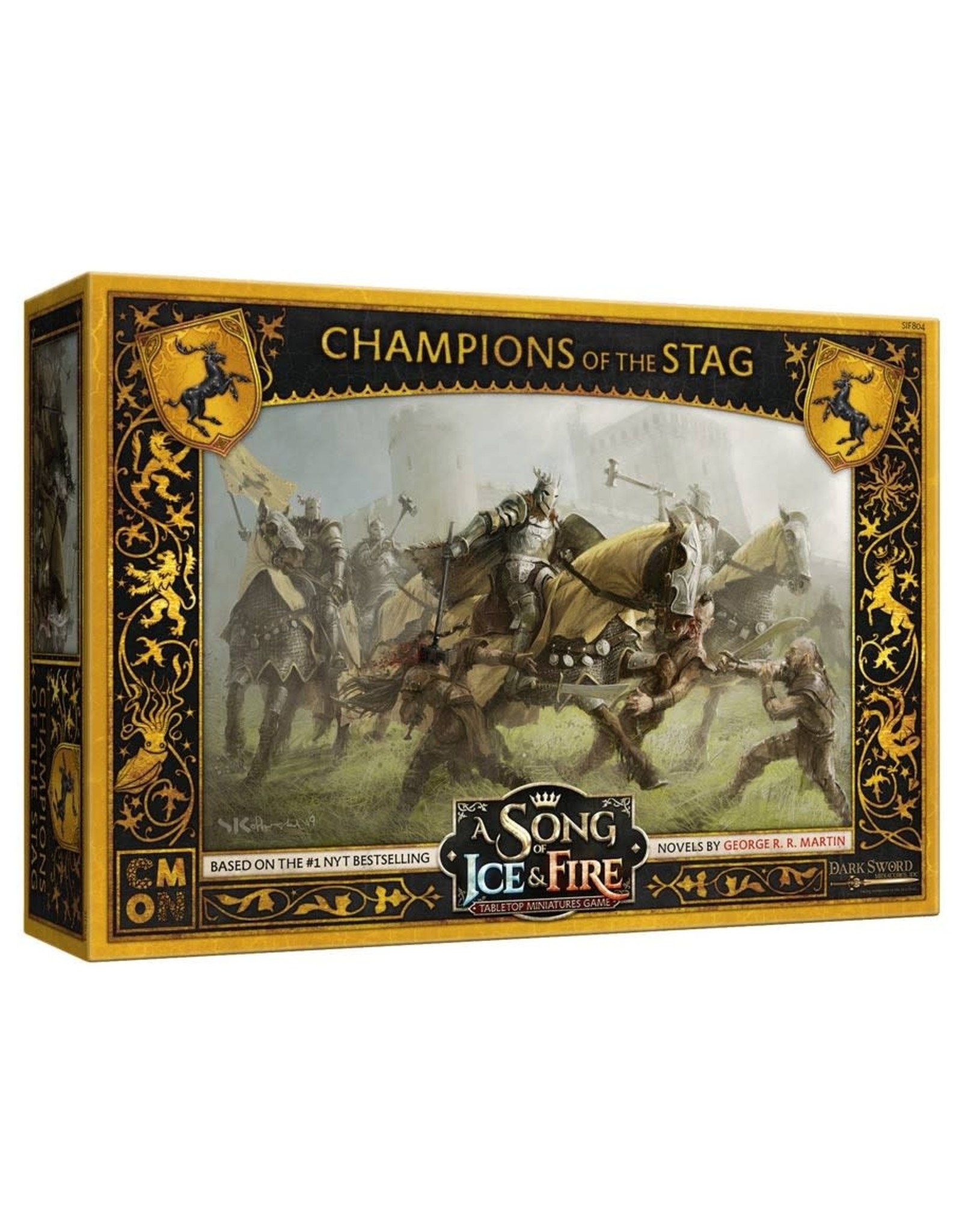 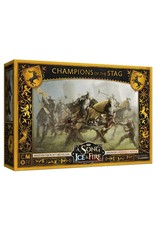 House Baratheon’s philosophy of “heavy arms and heavier armor” extends even to its cavalry. The Champions of the Stag are some of the heaviest armored in all of Westeros. These mounted knights head to battle in full plate, their huge destrier horses kitted with full barding. Yet, they still remain rather maneuverable during battle. These knights can be used as a flanking force, or simply plunged straight into the heart of an enemy formation.

The Champions of the Stag unit for the A Song of Ice and Fire: Tabletop Miniatures Game gives Baratheon commanders a heavy cavalry option for their forces. With strong Defensive Save and Morale stats and multiple wounds per figure, they can withstand enemy attacks very well. They are also formidable on offense, gaining special bonuses with their Champion’s Wrath ability, which grants Critical Blow and forces the enemy to become Weakened if they roll any 1s when making Defensive Saves against their attacks. Truly a strong unit to have on the battlefield.