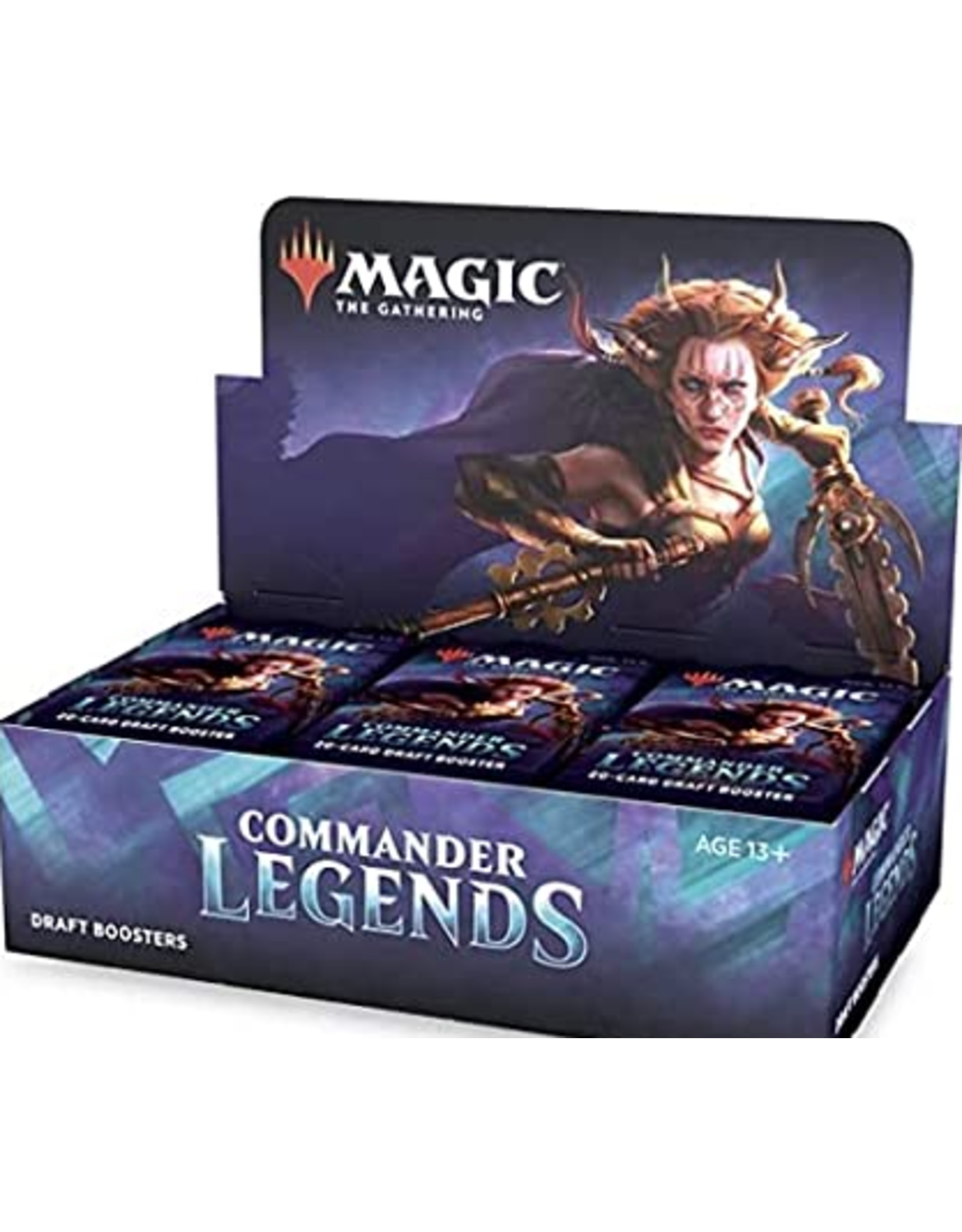 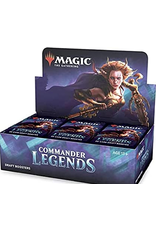 Every Commander Legends Draft Booster Pack contains two legendary cards. Some are reprints of classic commanders, others are among the seventy-one potential commanders introduced in the set.

Each Commander Legends Draft Booster contains 20 Magic cards + one ad/token, with two legends, at least one rare, and one foil.