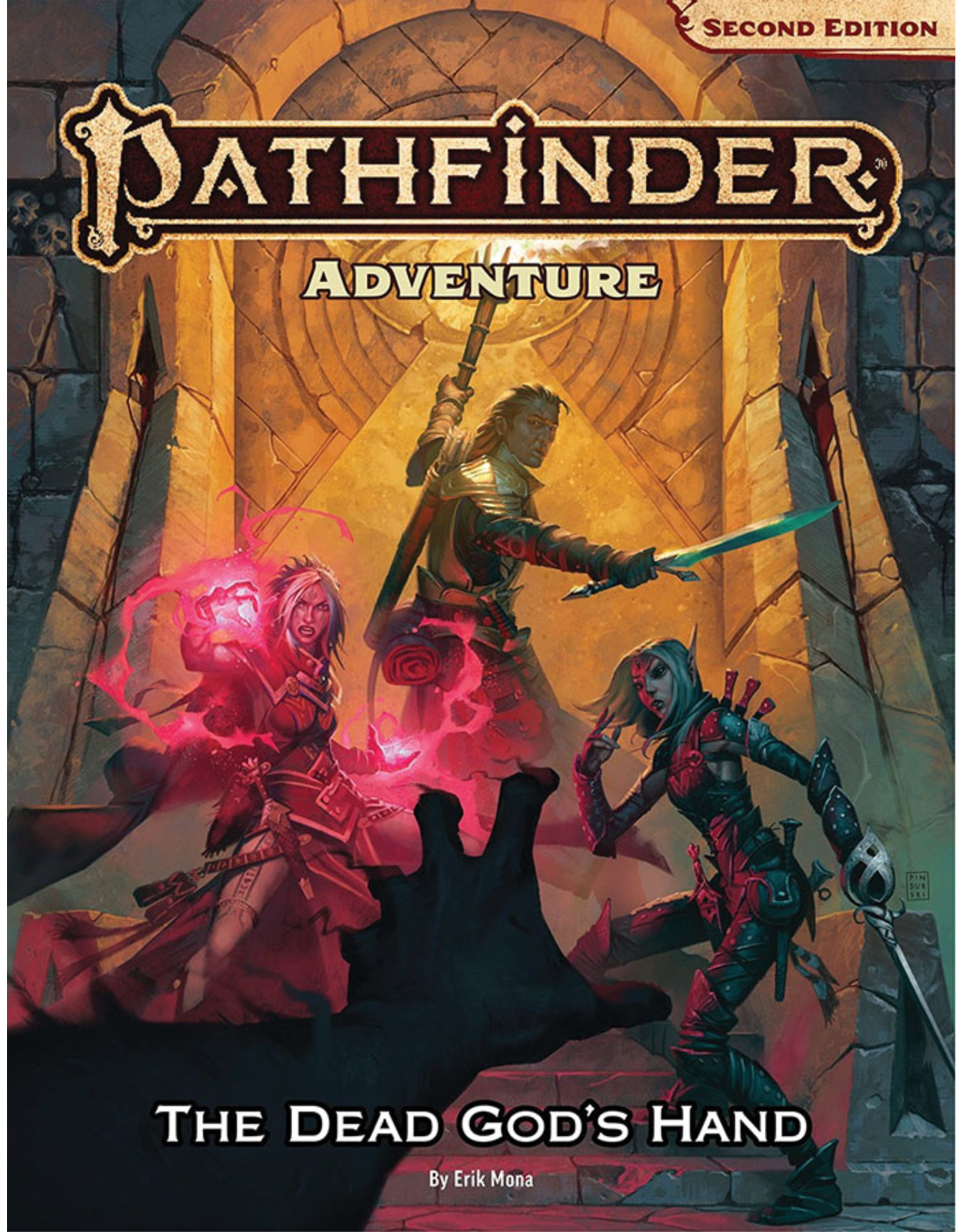 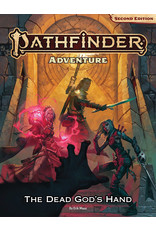 NOTE: THIS PREORDER ITEM IS NOT AVAILABLE TO SHIP OR PICK UP UNTIL RELEASE (estimated release date January 1, 2021.)

Delve into ancient secrets below the City at the Center of the World in this deluxe campaign-arc adventure for Pathfinder Second Edition! Captured and enslaved by a duergar clan somewhere in the maze of tunnels below the city of Absalom, the heroes stage a bloody revolt and battle their way into the long-lost Sanctum of Aroden, a legendary religious refuge sealed away from the world with the god's death a century ago. But some secrets are best left buried forever, and investigation into the mysterious Dead God's Hand said to be hidden at the heart of the complex—and the shrouded figure whose desire for it trigged the heroes' captivity in the first place—uncovers machinations that could threaten all of Absalom with the birth of a terrible new divinity!

Based on Pathfinder Publisher Erik Mona's multi-year, multi-group office Pathfinder campaign, The Dead God's Hand takes new players and Game Masters on a deadly adventure filled with dungeon exploration, ancient mysteries, and phantasmagoric tests that see them reliving events from the life of Aroden, the dead god of humanity whose murder triggered the beginning of the current age! This 128-page hardcover adventure is designed for 1st-level characters, and serves as an excellent starting point to future adventures set in Absalom, the City at the Center of the World!