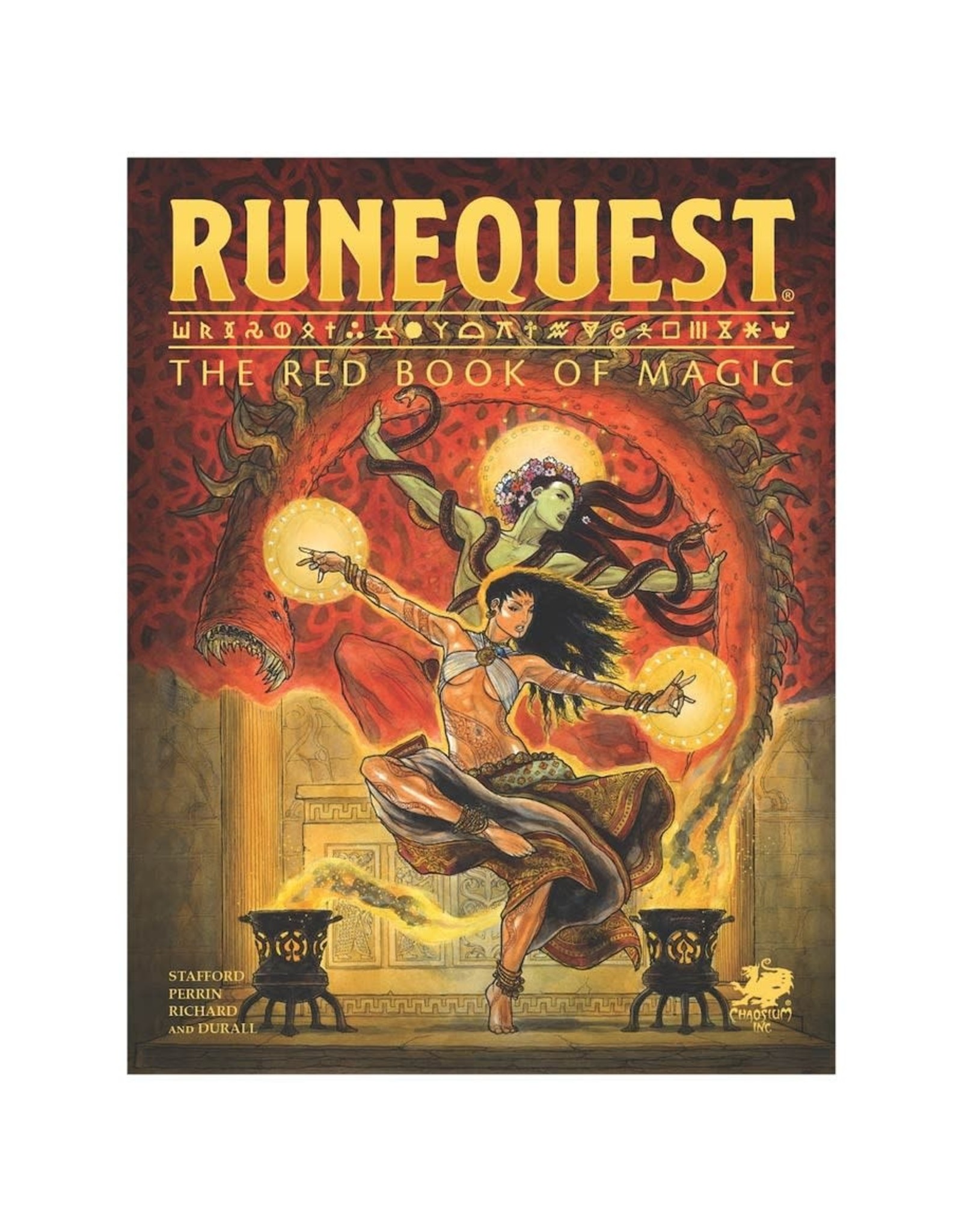 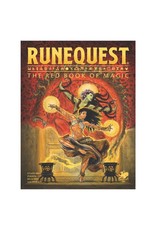 Penned by Zzabur, the Sorcerer Supreme himself, The Red Book of Magic is the indispensable source for expanded Rune & Spirit magic. It’s an essential expansion to the RuneQuest experience for players and Gamemasters alike.

A Tome of Spells
Over 500 spells for both Run and spirit magic. These spells can be used by adventurers and NPC’s alike. Also detailed are rules for Gamemasters to devise their own Rune spells.

New Beasts & Monsters
An array of new monsters to compliment those found in RuneQuest Glorantha: Bestiary. Magical creatures such as War Trees, Manlings, and Luxites are detailed to pit against your adventurers, and each can spawn a new RuneQuest adventure of your own design!

New Rules
A wealth of new information on Rune metals, healing plants, and illusions. Special rules for ritual casting, and new methods for increasing your chance of successful spell casting. The Red Book of Magic also contains the esoteric secrets of Hepherones’s Statement of Magic.