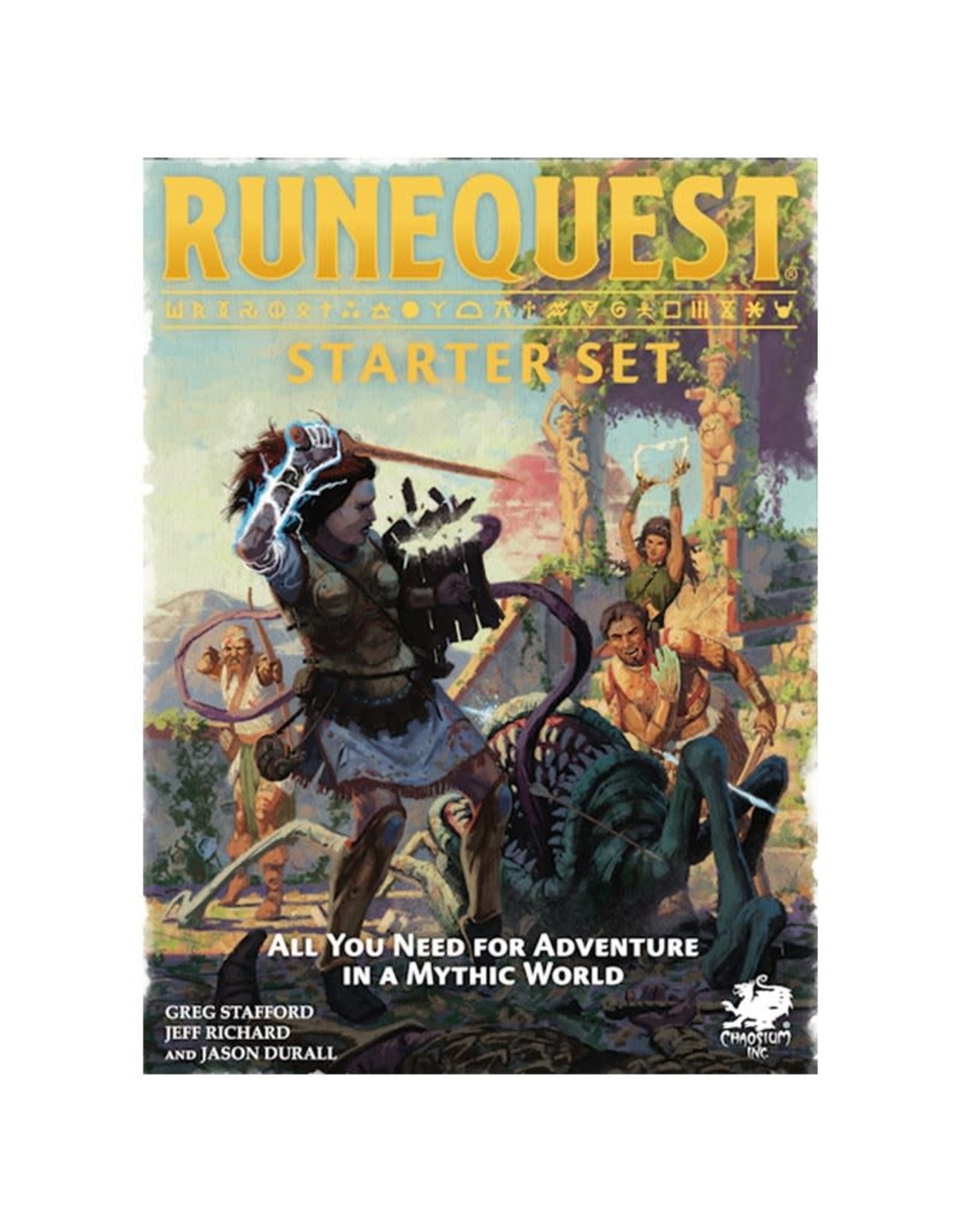 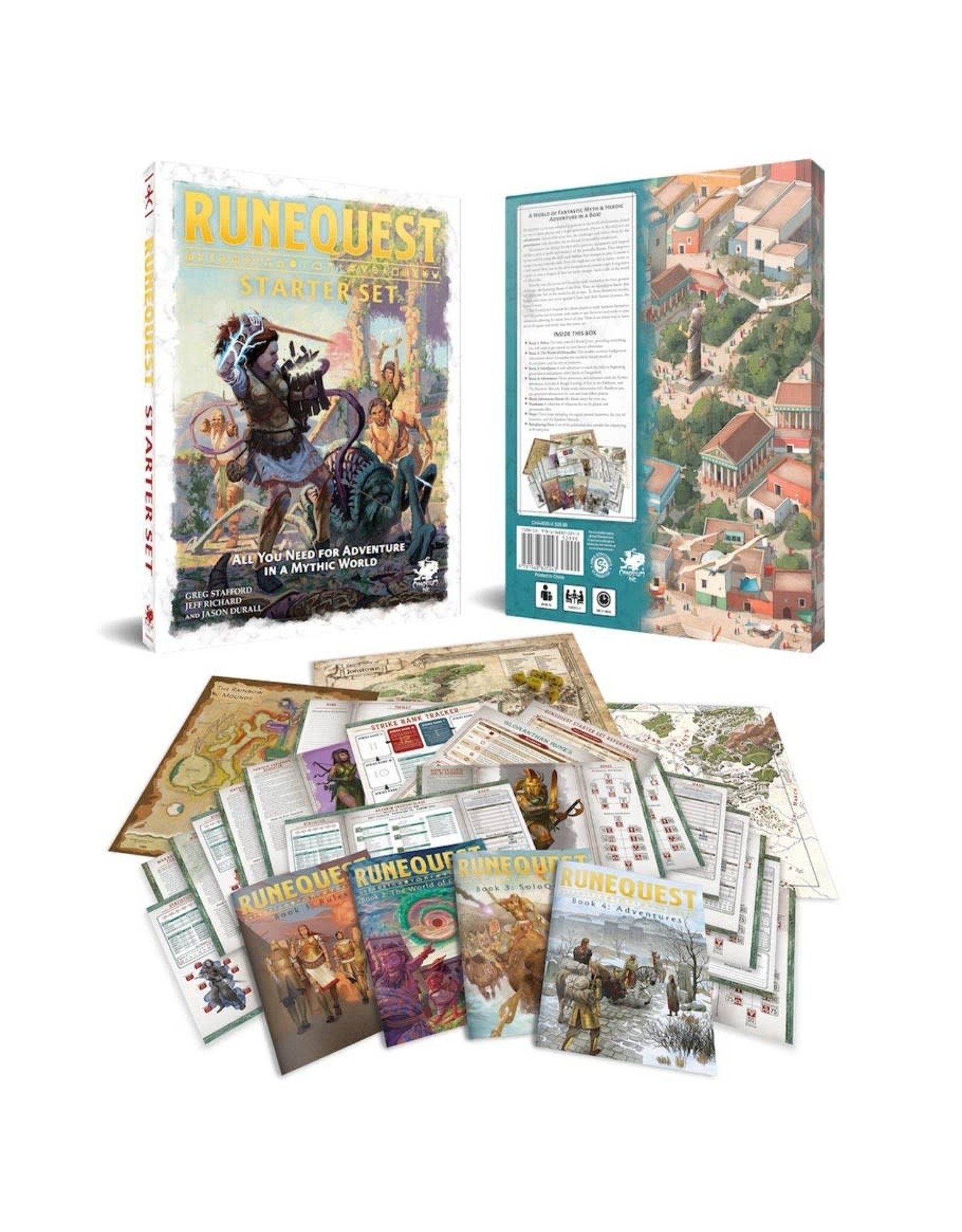 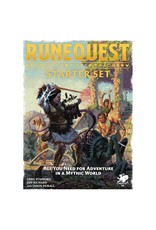 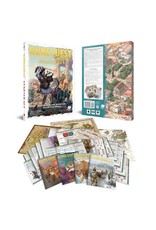 The RuneQuest Starter Set contains everything you need to play the world’s best roleplaying game of gods, cults, magic, family, and fantasy!

In RuneQuest, everyone uses spells and anyone can be a warrior. The gods provide powers to their mortal worshipers, and can intercede on their behalf. Each RuneQuest adventurer is unique, defined by their Runes, culture, and cult—all chosen by the player.

What's Inside
The RuneQuest Starter Set contains books, dice, maps, and enough content to keep a group engaged and entertained for several roleplaying sessions. The box also includes 12 pregenerated character folios, giving each player a wide range of playstyles and backgrounds to choose from.

Rules & Dice
The RuneQuest Starter Set has four softcover manuals broken into rules, setting, and scenarios. The box includes all the dice you need to play the game, a set of premade character folios, maps of Jonstown and the surrounding areas, and a Strike Rank Tracker for epic and dangerous RuneQuest combat.

SoloQuest
Learn to play in the best way possible—by playing! “The Battle of Dangerford” is a single-player scenario designed to teach you the rules of the game as you play. Take on the role of Vasana as she joins her Sartarite brothers and sisters in an epic clash against the invading Lunar Empire.

Scenarios
Three scenarios are included: In A Rough Landing, A Fire in the Darkness, and In The Rainbow Mounds

Maps & Handouts
Each scenario has its own collection of maps and notes, each presented in full colour. These play aids enhance the RuneQuest experience, and help you immerse yourself in the mythic world of Glorantha.