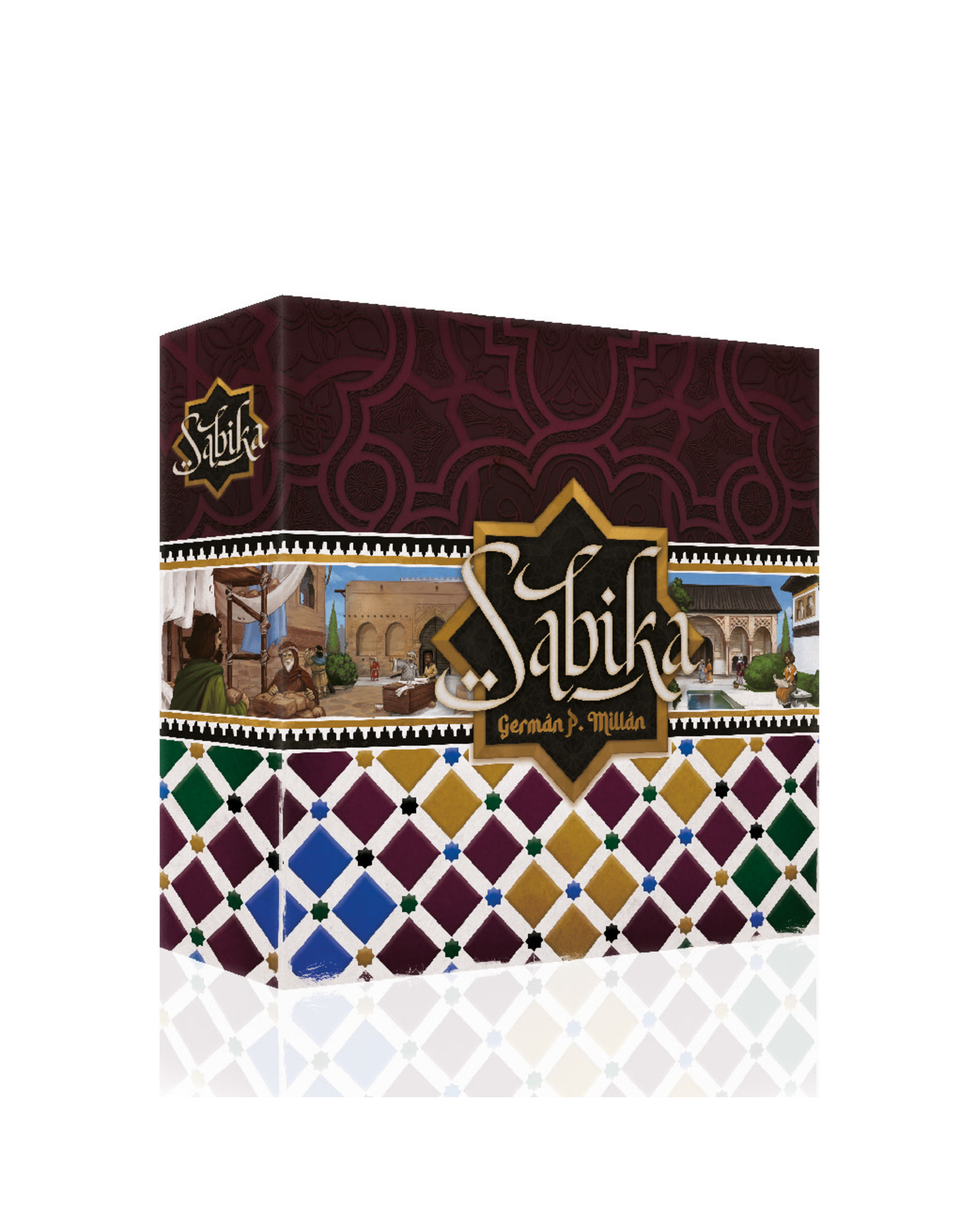 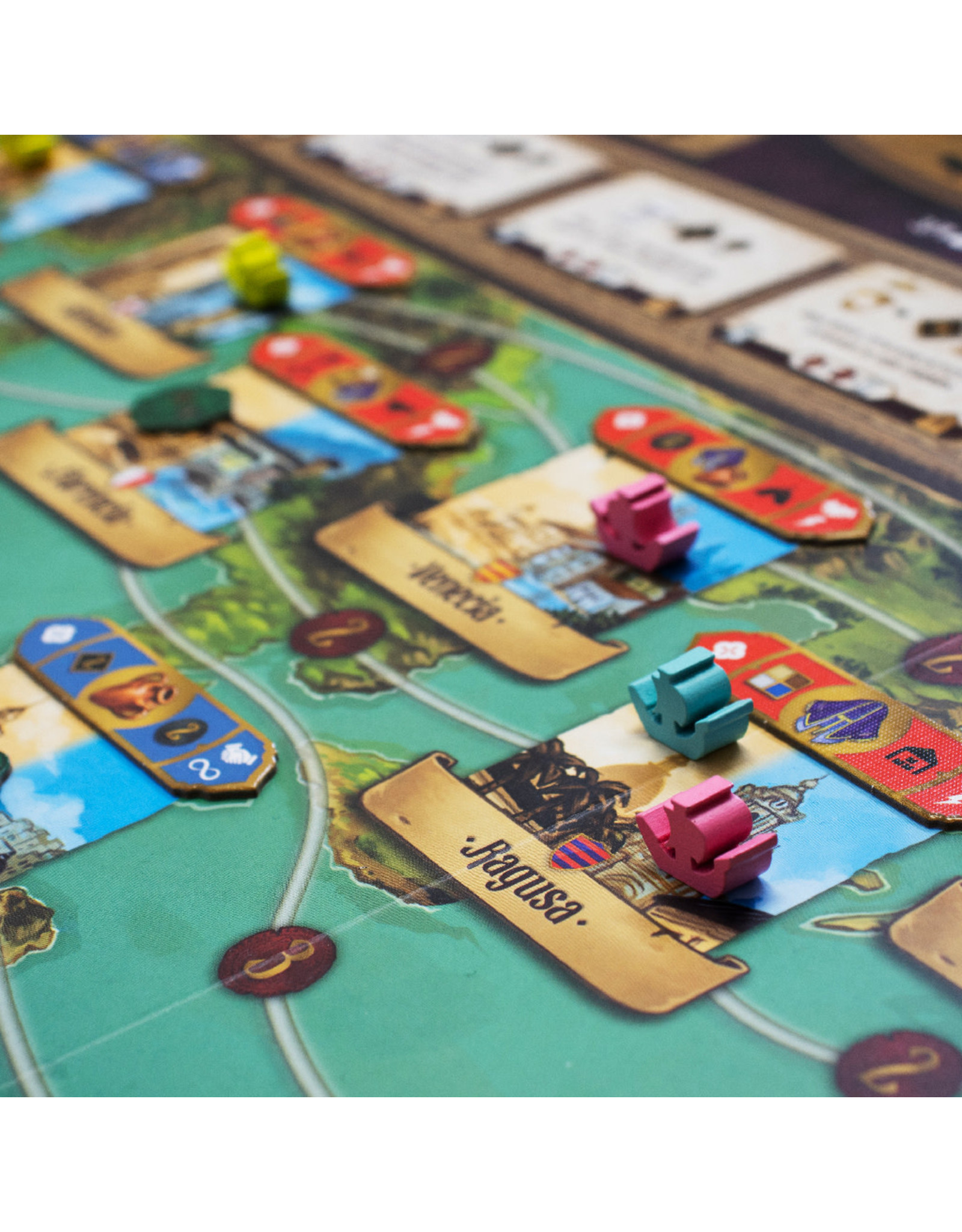 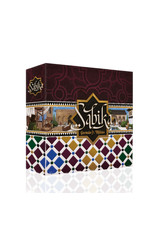 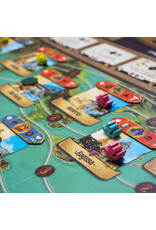 In Sabika, you play the role of one of the Nasrid nobles who contributed to the construction of the towers, gardens, and palaces of this ancient monument. In addition to this honorable task, you have to establish trade routes through Europe and the Maghreb. These routes will provide you with sufficient income to be able to take on the demanding tribute that has been commanded by the Catholic Monarchs. In exchange for your work, you will receive military protection against the various conflicts of the Taifas Kingdom.

Sabika implements a novel mechanism that integrates three interrelated rondels. Each rondel focuses on a different scenario: the construction of the Alhambra, the carving of poems in its halls, and the export of goods along the trade routes. All of this takes place over five eras (rounds), and at the end of the fifth round, the player who has accumulated the most prestige points takes the victory.