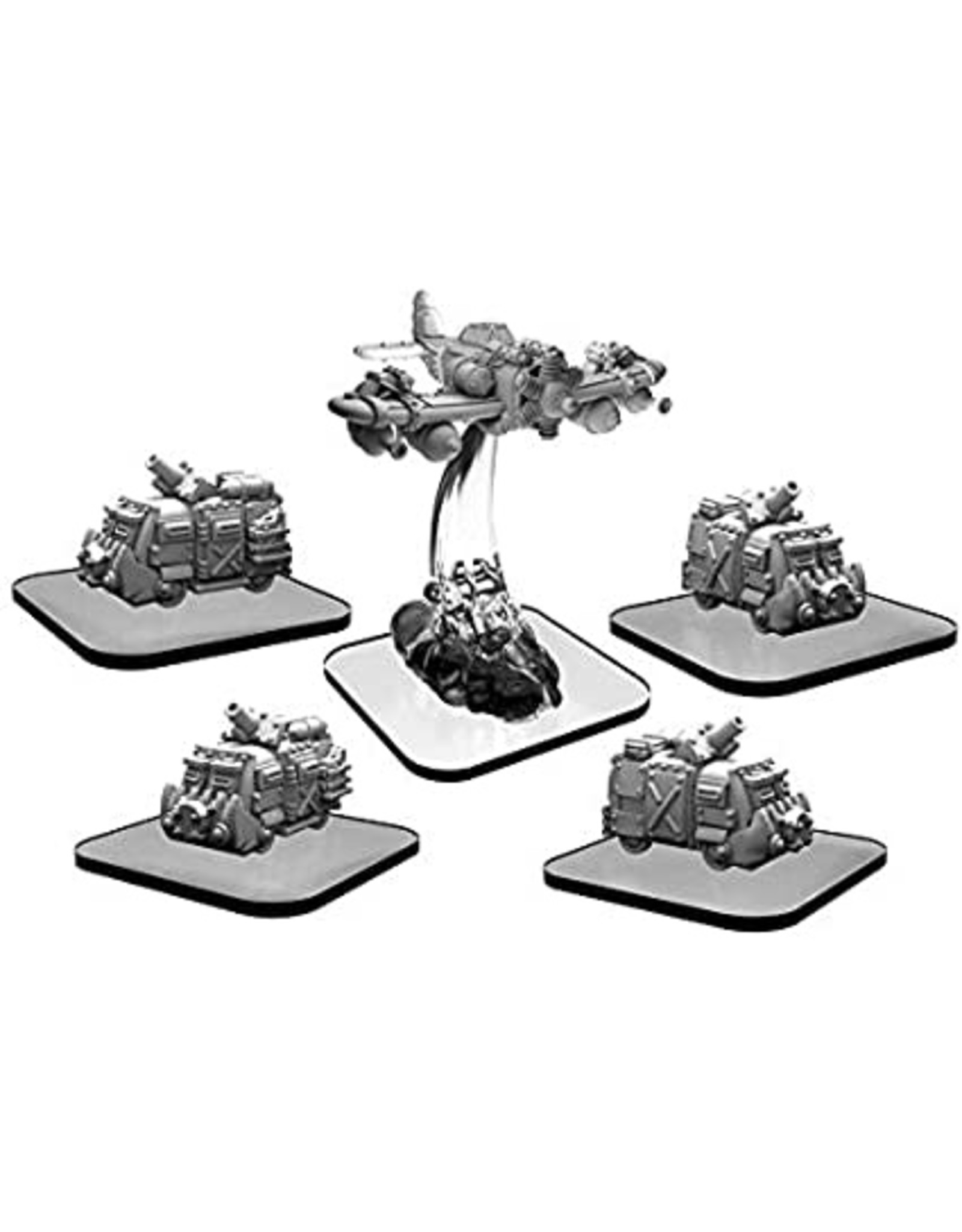 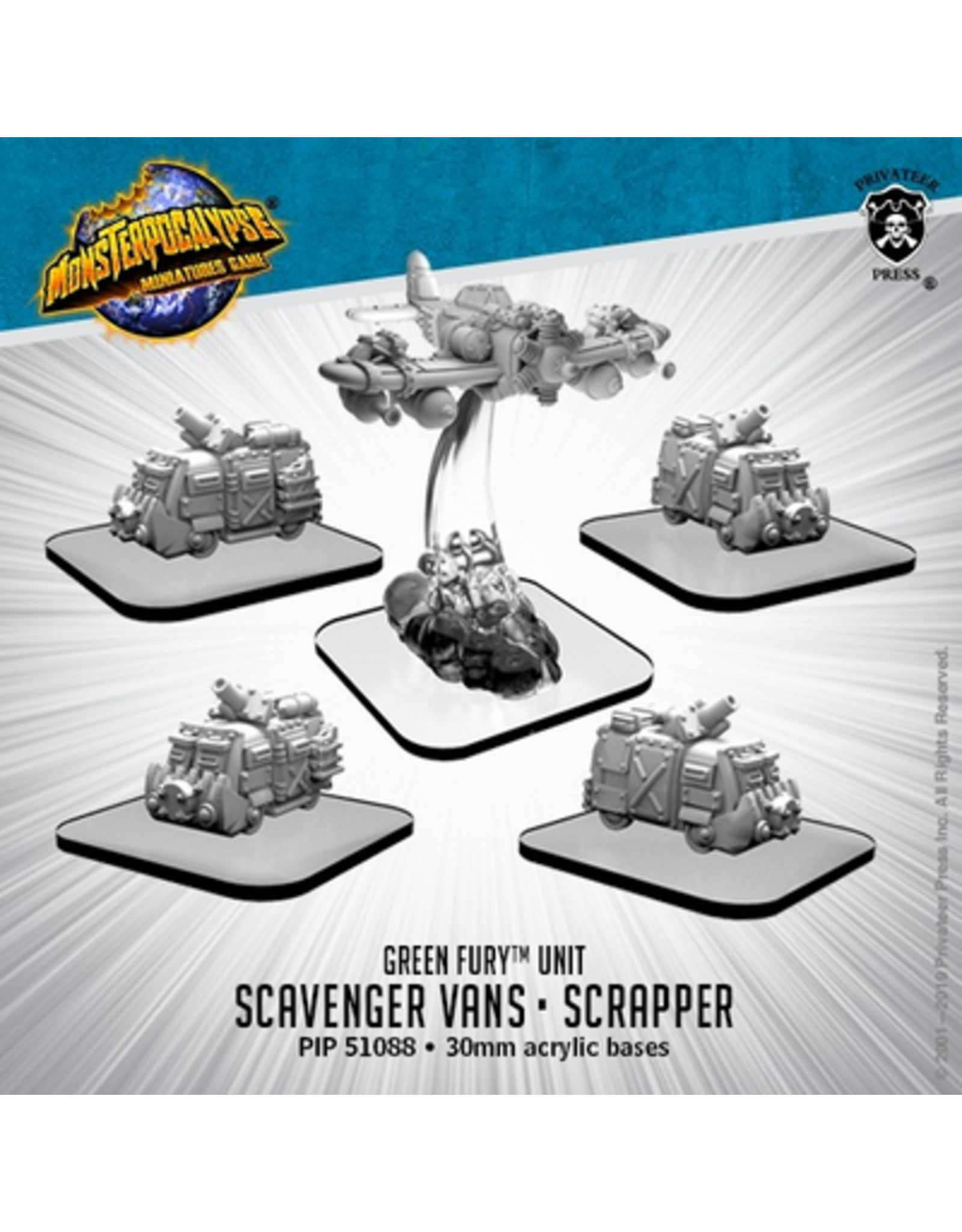 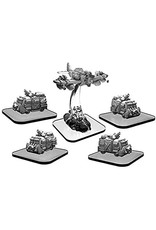 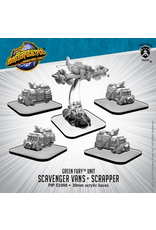 The organization known as Green Fury suffered through a fringe existence for years until many of their beliefs were proven right with the coming of the Monsterpocalypse. The skills they used to rely on to cobble together discarded scientific equipment for further study have been shifted to battlefield tactics to do their part in the planet’s defense. Scavenger vans carry teams of brave technicians into warzones. Once there, these crews salvage any materials still useful in the fight for survival. Providing air support, fighter planes known as Scrappers accompany these salvage teams. These ungainly looking aircraft bristle with weapons and scientific equipment, showing the dedication to both the planet’s continued existence and the ongoing efforts to understand the threats we face.

This blister pack provides the first Green Fury unit reinforcements for Protectors players. Scavenger Vans are armored civilian vehicles tasked by the leaders of Green Fury with exploring ruined cities for resources. They move into the rubble of buildings to Scavenge anything that can lend some Power to the efforts of their monstrous allies and carry enough firefighting equipment to Extinguish any dangerous areas still smoldering. Scrappers are capable of unleashing torrents of munitions to strafe enemy forces with their Quick-Fire weaponry.