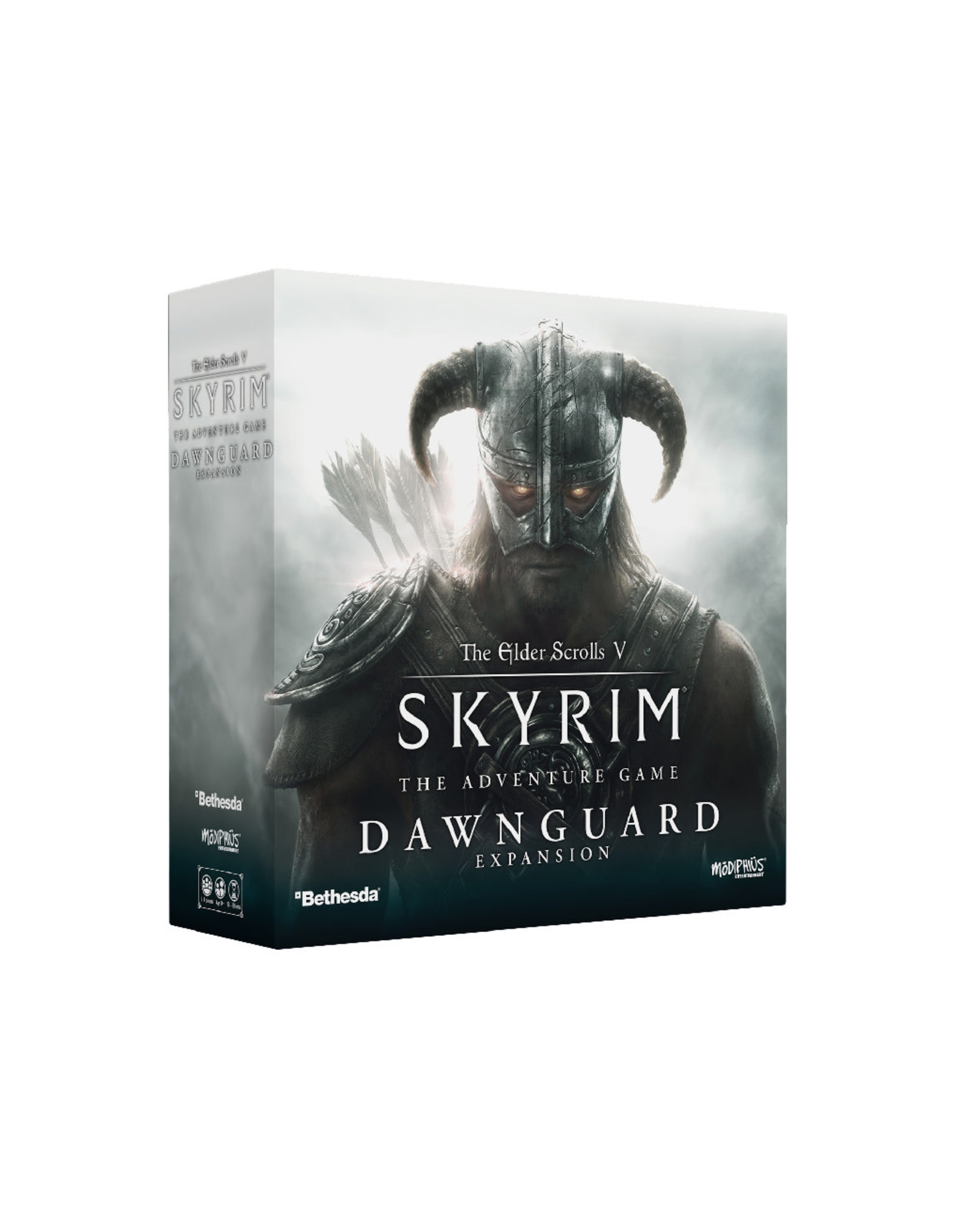 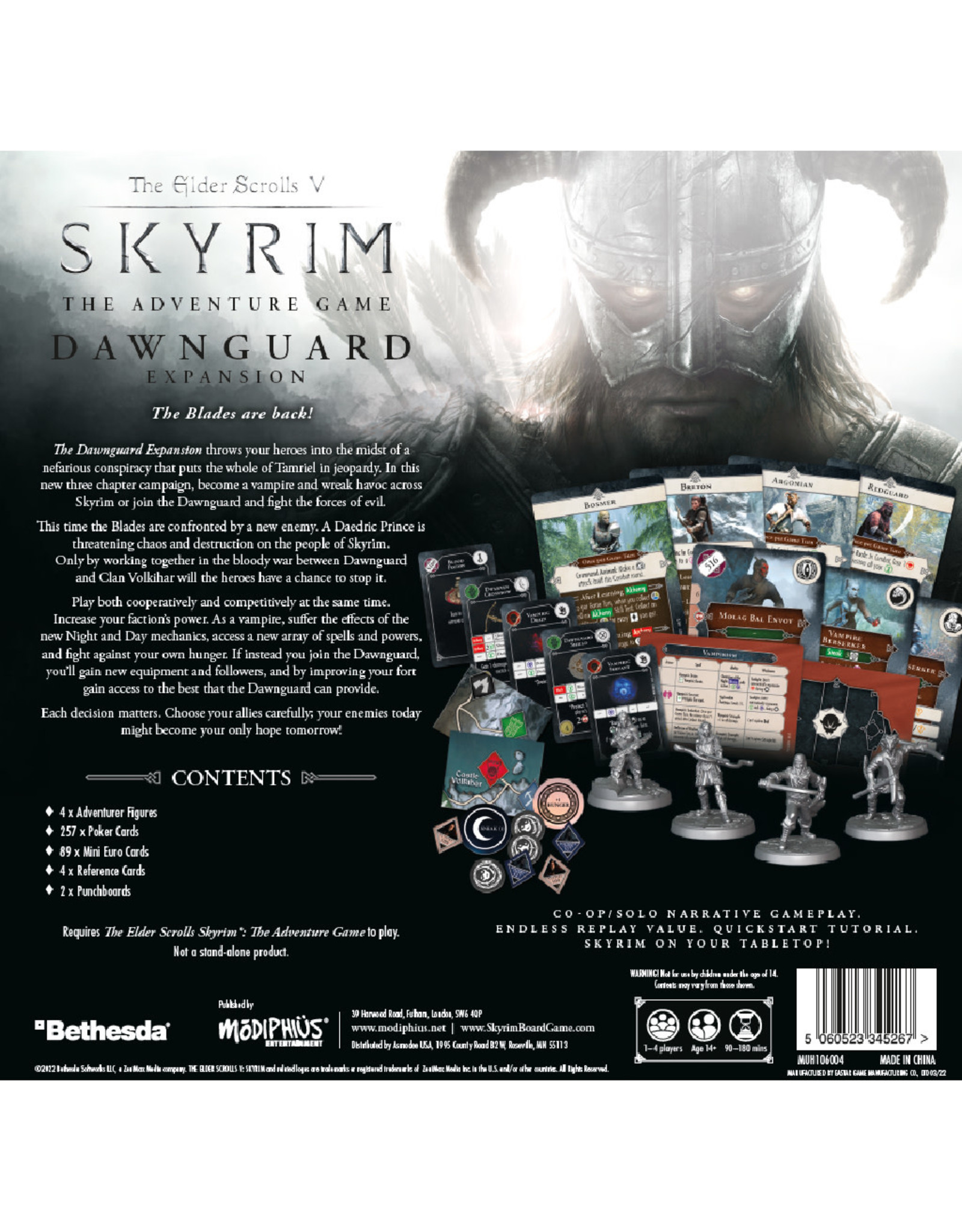 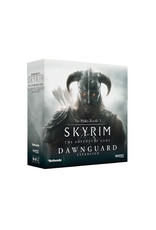 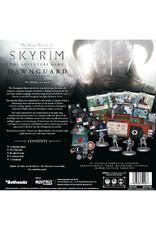 The Dawnguard Expansion throws your heroes into the midst of a nefarious conspiracy that puts the whole of Tamriel in jeopardy. In this new three-chapter campaign, become a vampire and wreak havoc across Skyrim or join the Dawnguard and fight the forces of evil.

This time the Blades are confronted by a new enemy. A Daedric Prince is threatening chaos and destruction on the people of Skyrim. Only by working together in the bloody war between Dawnguard and Clan Volkihar will the heroes have a chance to stop it. Play both cooperatively and competitively at the same time. Increase your faction’s power. As a vampire, suffer the effects of the new Night and Day mechanics, access a new array of spells and powers, and fight against your own hunger. If instead you join the Dawnguard, you’ll gain new equipment and followers, and by improving your fort gain access to the best that the Dawnguard can provide. Each decision matters. Choose your allies carefully; your enemies today might become your only hope tomorrow!