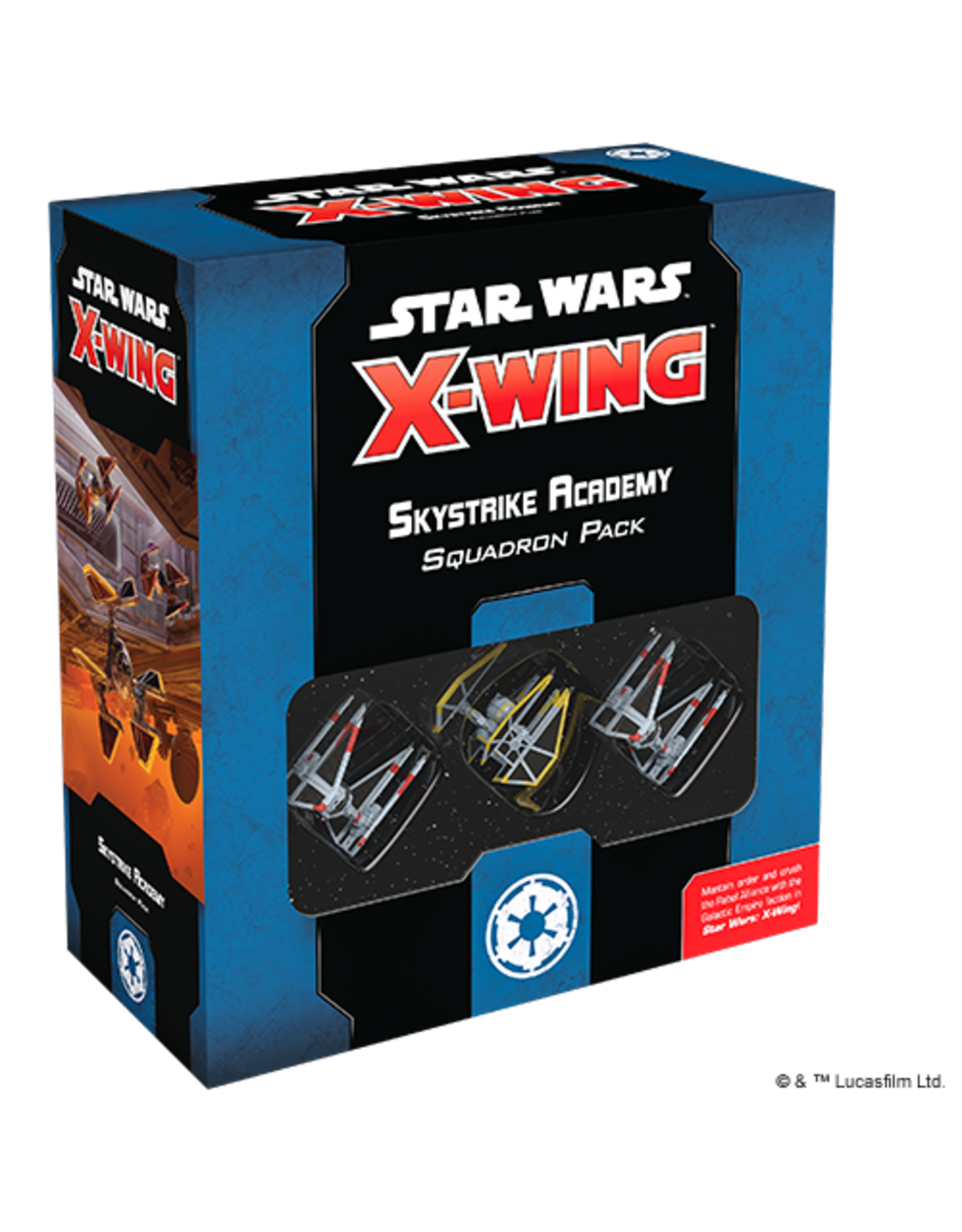 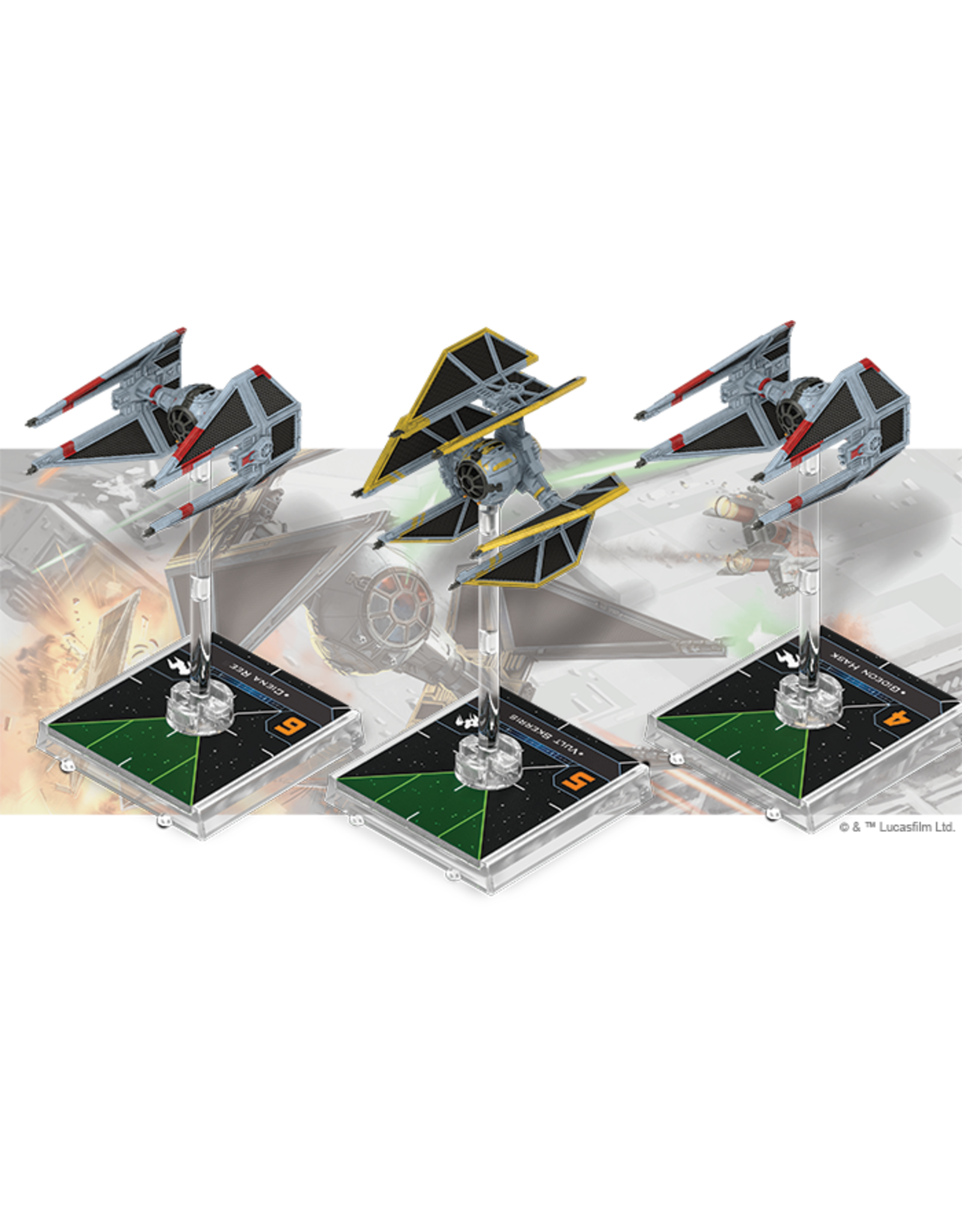 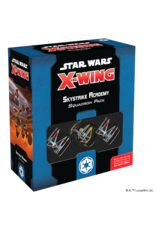 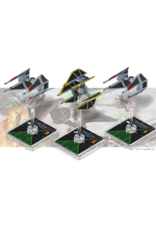 Add the staff and graduates of the Empire’s most prestigious academy to your Imperial squadrons with the Skystrike Academy Squadron Pack for Star Wars: X-Wing! Academies throughout the Empire train the next generation of TIE pilots and Skystrike Academy’s graduates are instilled with the skills and dedication necessary to maintain order in the galaxy.

This Squadron Pack includes talented and loyal pilots such as Vult Skerris and Ciena Ree, featuring new abilities and upgrades based on their appearances in Star Wars: Rebels and Lost Stars. In addition to these pilots, you’ll also find one TIE/D Defender miniature and two TIE/in Interceptor miniatures featuring bold alternate paint schemes in this expansion, adding even more diversity to your Imperial squadrons!

In this expansion you'll find 10 TIE/in Interceptor ship cards and 5 TIE/D Defender ship cards, giving you even more pilots to choose from. Additionally, 35 upgrade cards invite you to further customize your Galactic Empire squadrons including new configuration cards for the ships and content for Epic play. To srap things up, six Quick Build cards help you get these pilots and upgrades into the fight as fast as possible with convenient preset selections.