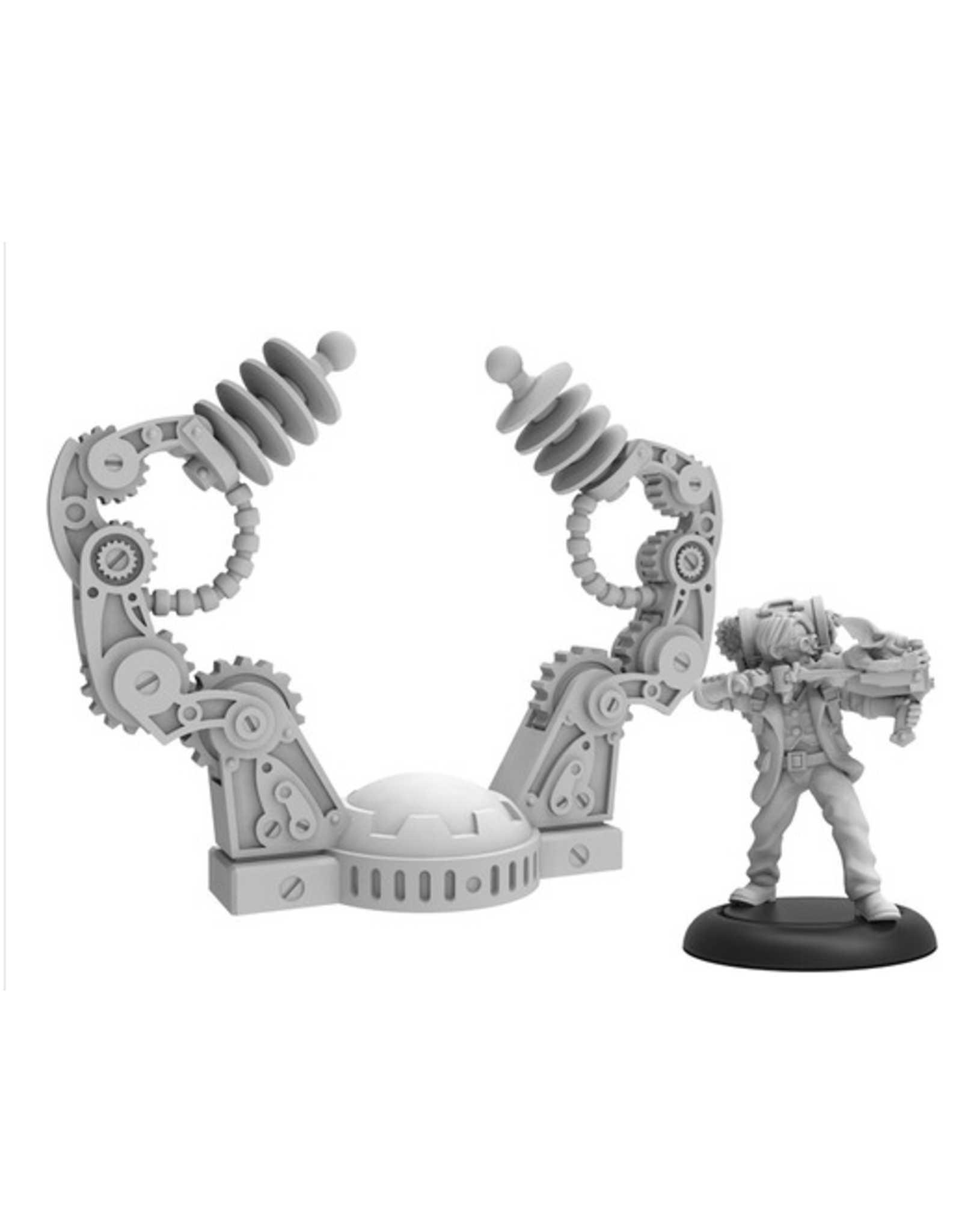 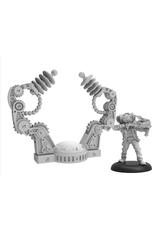 Add a new dimension to your Riot Quest games and ’port into battle in style with a set of new and improved spawn gates! While you’re at it, throw Weird Wendell onto your roster and watch your rivals weep sweet tears of terror as Wendell’s gremlins turn their precious riot gear against them.

The Spawn Gate expansion includes a new Bounty Deck (12 cards), a Weird Wendell miniature and Hero stat card, a new Riot Gear card, and six Spawn Gate models. The Spawn Gate models are the perfect way to add a bit of bling to your Riot Quest Arena. Each model is placed on one of the six Spawn Gate hexes in the Arena that will help bring each battle to life and also provide a beautiful visual aid for players to easily locate each Spawn Gate space as they play.