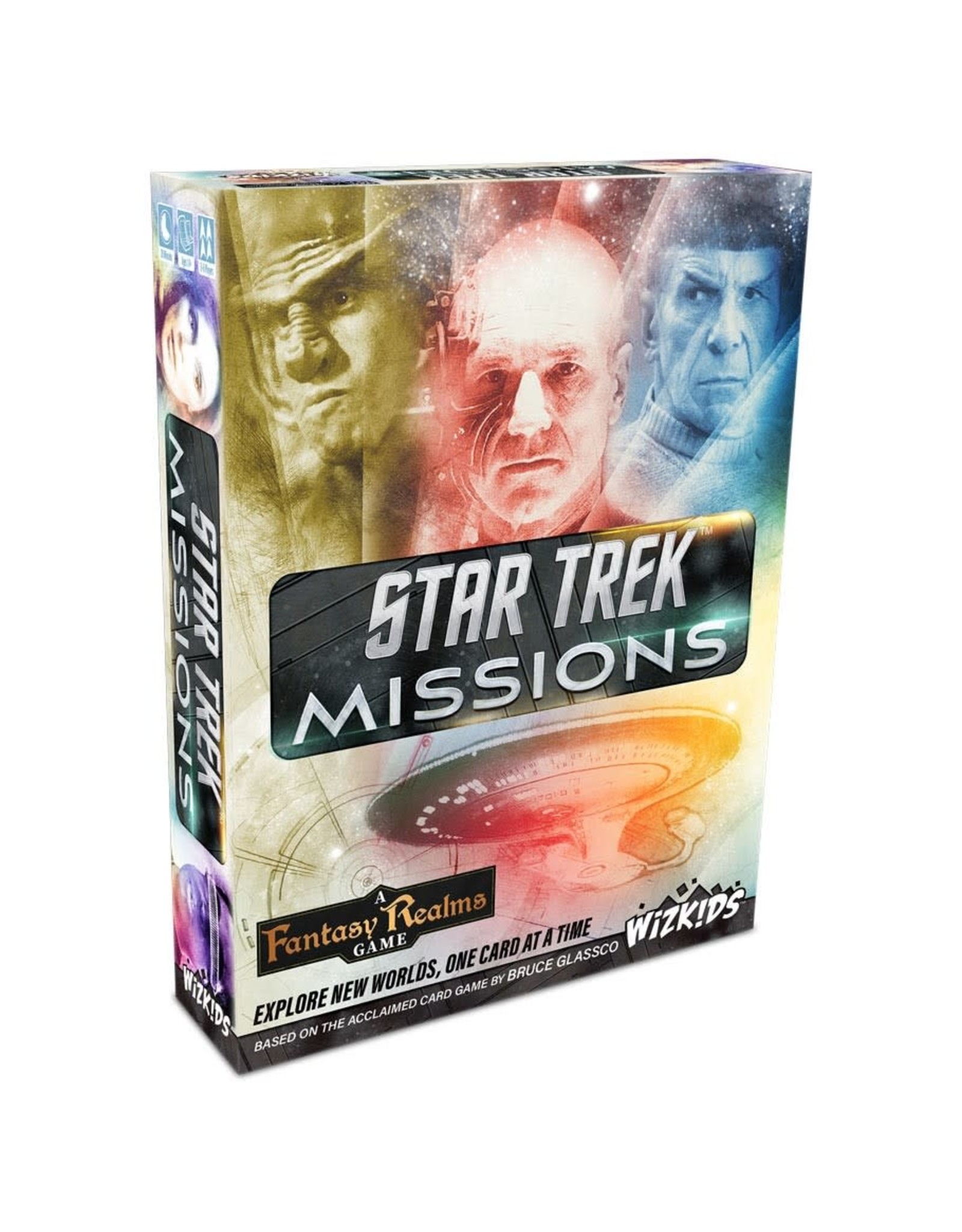 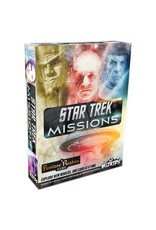 In Star Trek: Missions, you’ll explore all the mystery and excitement of the galaxy, featuring characters, locations, and equipment in familiar groups or in strange new combinations!

Designed by Bruce Glassco, with the same combo-building gameplay as his acclaimed game Fantasy Realms, which was nominated for the Kennerspiel Des Jahres!

Assemble a crew with anyone from Commander Riker to DaiMon Bok, grab a Bat'leth, and take on challenges like organizing a Diplomatic Conference, or getting trapped in the Holodeck!

The combinations in each hand create a brand new episode of the Enterprise’s continuing mission!

Make the best combo to score the highest points and claim victory.