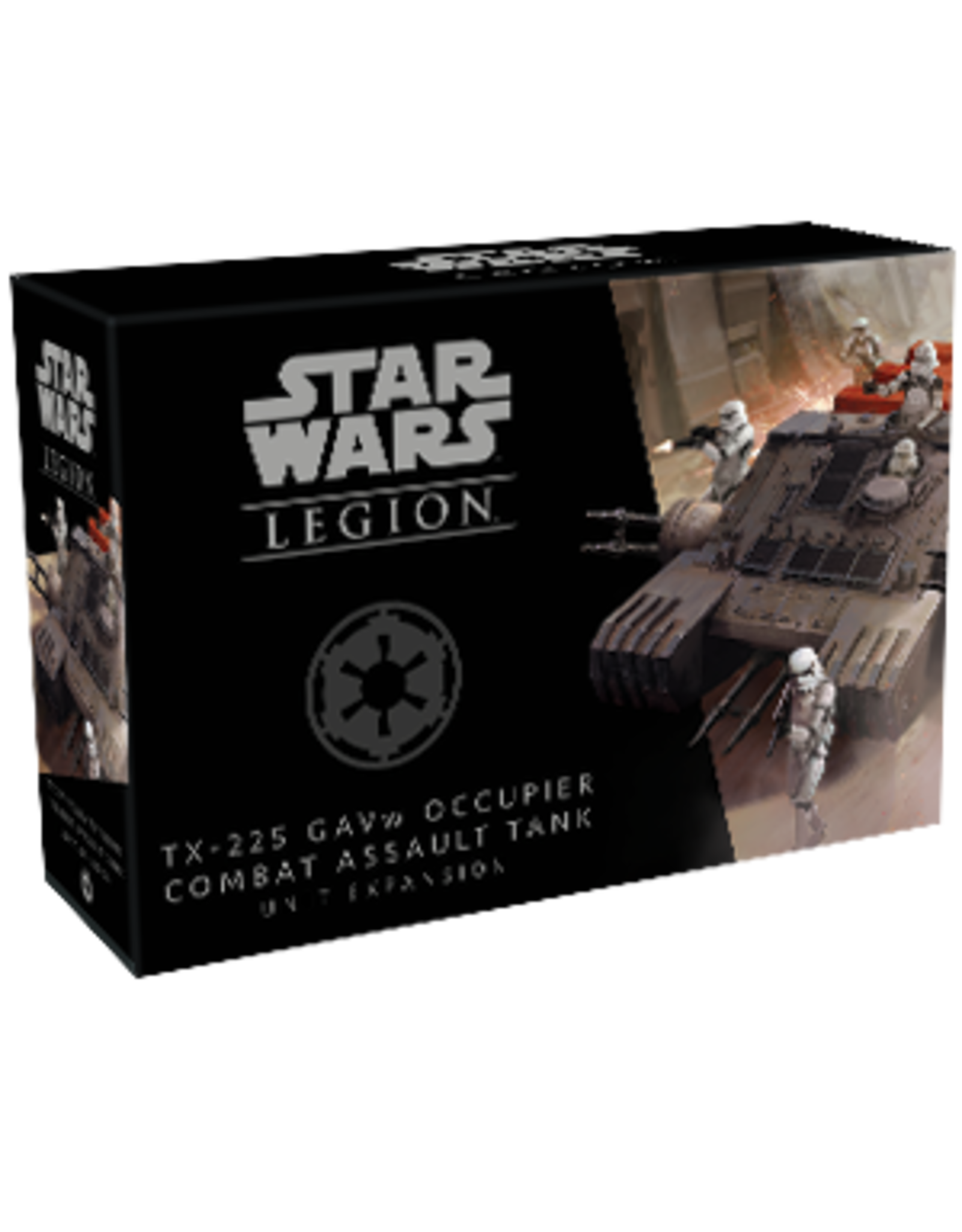 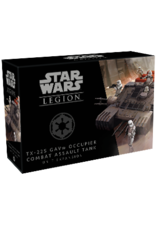 For the Galactic Empire, conquering a planet is only the beginning of the battle. Massive vehicles like AT-STs and elite shock troops like Imperial Death Troopers may be effective at sweeping across battlefields and capturing new territory, but they rarely stick around to hold this ground. A TX-225 GAVw Occupier Combat Assault Tank, however, is more than enough to quell any resistance to Imperial occupation.

Heavily armed and capable of carrying either cargo or personnel, one of these tanks can be a versatile asset to stormtrooper detachments on occupation duty. With the TX-225 GAVw Occupier Combat Assault Tank Unit Expansion, your Imperial armies gain a single finely sculpted, menacing TX-225 miniature that can work in tandem with your ground troops to impose the Empire’s will wherever it’s assigned. In addition to this beautiful miniature, this expansion also contains all the unit cards, upgrade cards, and tokens that you’ll need to add one to your armies and outfit it for battle.

Occupy Imperial territory with the monstrous TX-225 GAVw Occupier Combat Assault Tank miniature featured in this expansion! This miniature offers a wide array of customization options—with hatches that can be built open or closed, different poses for the tank commander, three crates of kyber crystals that can be loaded into the tank bed or used as terrain, and two options for a mounted gun: a DLT-19 blaster rifle or a RT-97c Blaster Rifle.