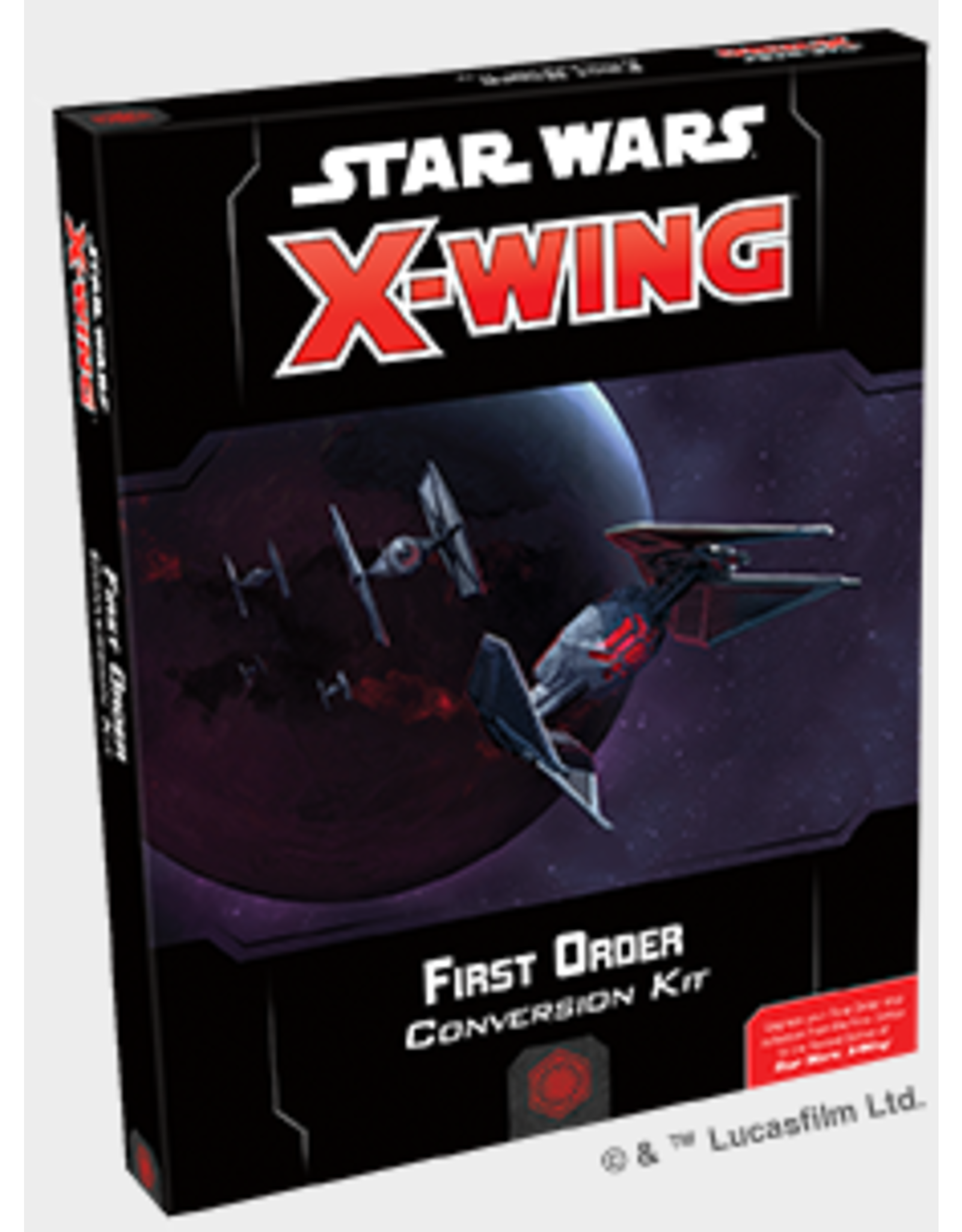 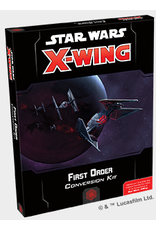 As you might expect from the successor to the Galactic Empire, the First Order fields a variety of starfighters based on classic Imperial designs. Far from simply rehashing these older ships, though, First Order fighters feature a number of refinements that give them the edge in their fight against the loathsome Resistance. The First Order Conversion Kit makes your First Edition versions of these ships immediately available for use in your X-Wing Second Edition squadrons.

Within the First Order Conversion Kit, you’ll find everything you need to strike fear into the heart of the Resistance and take your squad into the future of X-Wing, including a wide variety of new ship cards and tokens, including some of the most celebrated pilots in the First Order, such as Major Stridan, “Backdraft,” and Kylo Ren himself.