Starfinder Adventure Path: Horizons of the Vast 5 - Allies Against the Eye

Home / Starfinder Adventure Path: Horizons of the Vast 5 - Allies Against the Eye 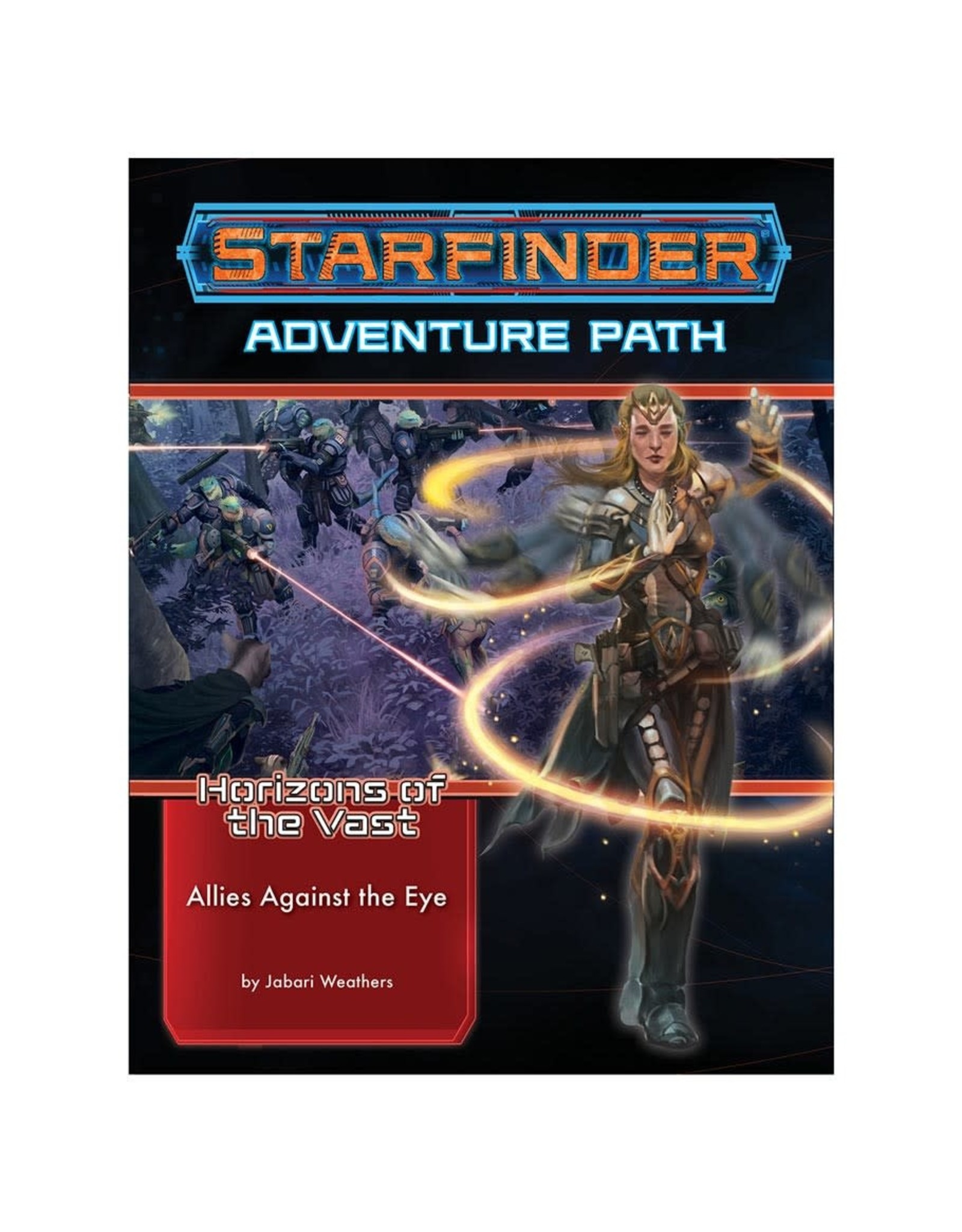 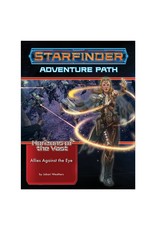 Heralds of an organization called The Order of the Culling Shadow announce their presence, proclaiming the eventual destruction of every thinking being in the system. The PCs must spread the terrible news to New Harmony’s other charters, as well as reach out to the Pact Worlds and the Veskarium for assistance. Can the heroes navigate political complications and face strange dangers to gain the cooperation of possible allies, or will they go alone into what could possibly be an all-out war?

“Allies Against the Eye” is a Starfinder Roleplaying Game adventure for four 9th-level characters by Jabari Weathers. This adventure continues the Horizons of the Vast Adventure Path, a six-part, bimonthly campaign in which the heroes are at the forefront of exploring and charting a frontier world filled with mystery. This volume also includes an examination against the dangerous cult called The Order of the Culling Shadow, paths to mystical enlightenment, and a selection of unusual alien threats.

Each bi-monthly full-color softcover Starfinder Adventure Path volume contains a new installment of a series of interconnected science-fantasy quests that together create a fully developed plot of sweeping scale and epic challenges. Each 64-page volume of the Starfinder Adventure Path also contains in-depth articles that detail and expand the Starfinder campaign setting and provide new rules, a host of exciting new monsters and alien races, a new planet to explore and starship to pilot, and more!