Starfinder Adventure Path: Drift Hackers 1 - A Light in the Dark 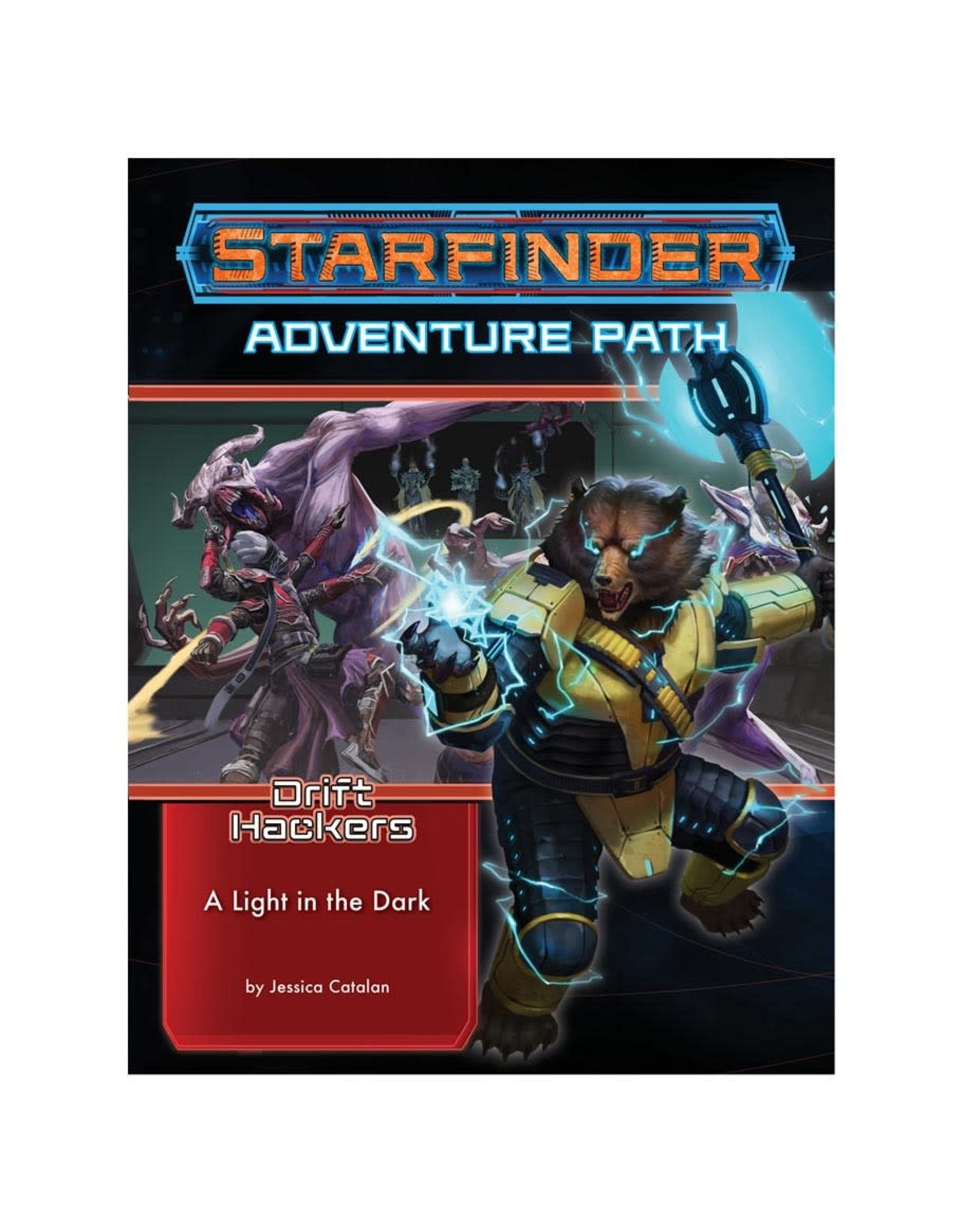 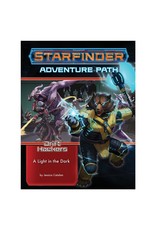 The Drift Crisis continues! In crumbling Alluvion, the goddess Triune’s city domain within the Drift, the heroes are thrust into the center of tensions between anxious factions at the heart of the Drift Crisis catastrophe! By agreeing to aid a desperate android priest of Casandalee, the heroes can start to help healing these divides. But first, they must curry the favor of a community of ysoki scrappers outside of the Dark, a neighborhood where technology doesn’t work that hasn’t been touched by light for decades. Exploring those murky streets, they confront undead menaces and otherworldly spirits of hatred and anger, eventually restoring light and power to the cursed region, and shining further illumination as to the origin of the Drift Crisis!

“A Light in the Dark" is a Starfinder adventure for four 7th-level characters, launching the 3-volume Drift Hackers Adventure Path. Drift Hackers is the exciting conclusion of the Drift Crisis, an event taking place across the entire Starfinder game line, in which faster-than-light travel breaks down and the galaxy is thrown into chaos. In addition to the adventure itself, this book includes a player's guide filled with character creation advice and new gear designed just for Drift Hackers players, along with an Adventure Toolbox filled with new rule options and strange alien creatures.

Each bi-monthly full-color softcover Starfinder Adventure Path volume contains a new installment of a series of interconnected science-fantasy quests that together create a fully developed plot of sweeping scale and epic challenges. Each 64-page volume also contains in-depth articles that detail and expand the Starfinder campaign setting and provide new rules, a host of exciting new monsters and alien races, a new planet to explore and starship to pilot, and more!