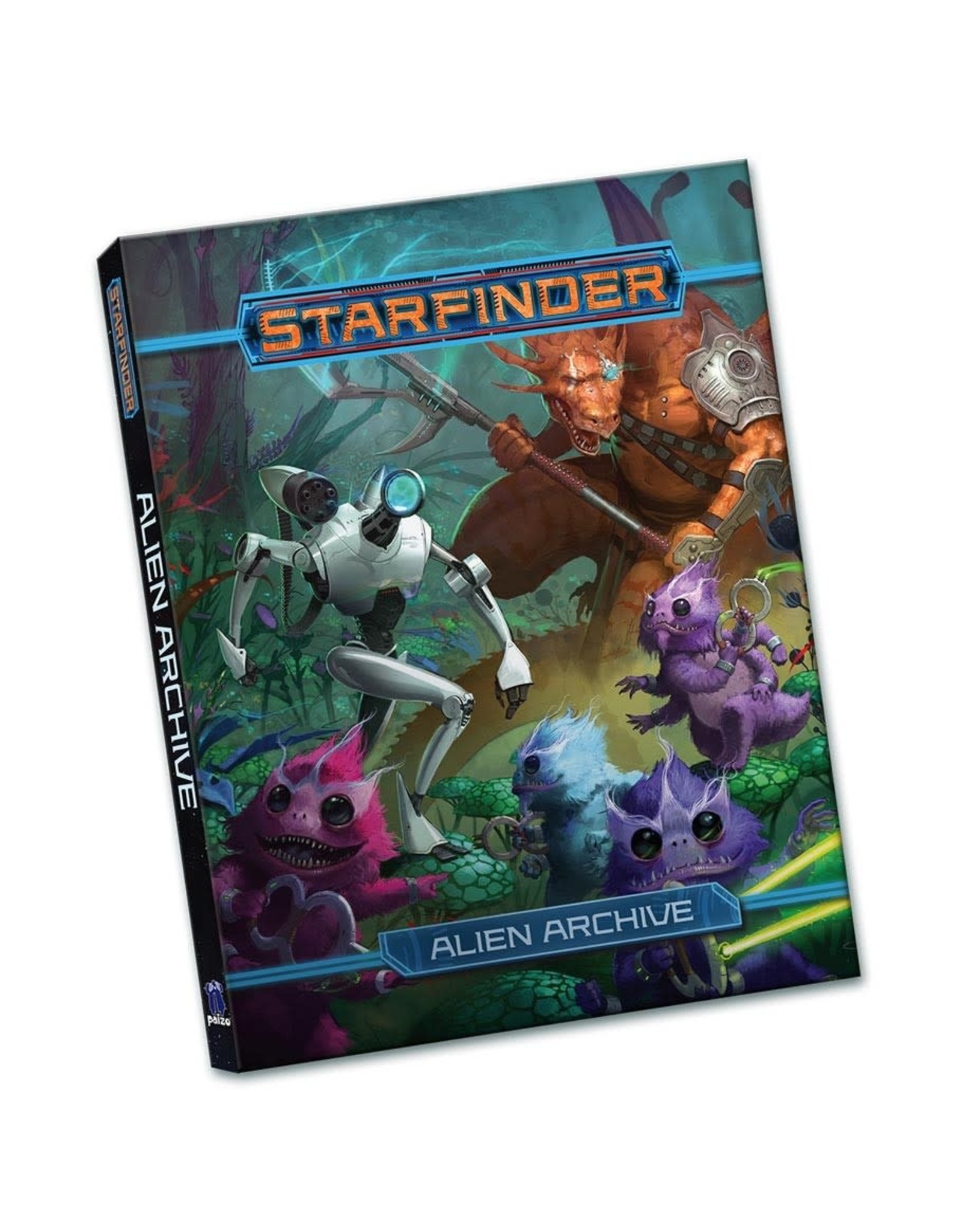 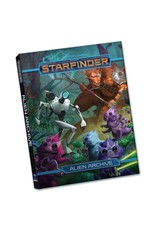 Strange aliens both friendly and fearsome fill this tome of creatures designed for use with the Starfinder Roleplaying Game! From the gravity-manipulating frujais and planet-killing novaspawn to space goblins and security robots, the creatures in this codex will challenge adventurers no matter what strange worlds they're exploring. What's more, player rules for a host of creatures let players not just fight aliens, but be them!

Inside Starfinder Alien Archive, you'll find the following:
- Over 80 bizarre life-forms both classic and new, from the reptilian ikeshtis and energy-bodied hallajins to robotic anacites and supernatural entities from beyond the realms of mortals.
- Over 20 races with full player rules, letting you play everything from a winged dragonkin to a hyperevolved floating brain.
- New alien technology to help give your character an edge, including weapons, armor, magic items, and more.
- A robust NPC-creation system to let Game Masters build any aliens or creatures they can imagine.
- New rules for magical monster summoning, quick templates to modify creatures on the fly, and more!

The pocket edition presents the same contents in a smaller sized softcover for a lower price.