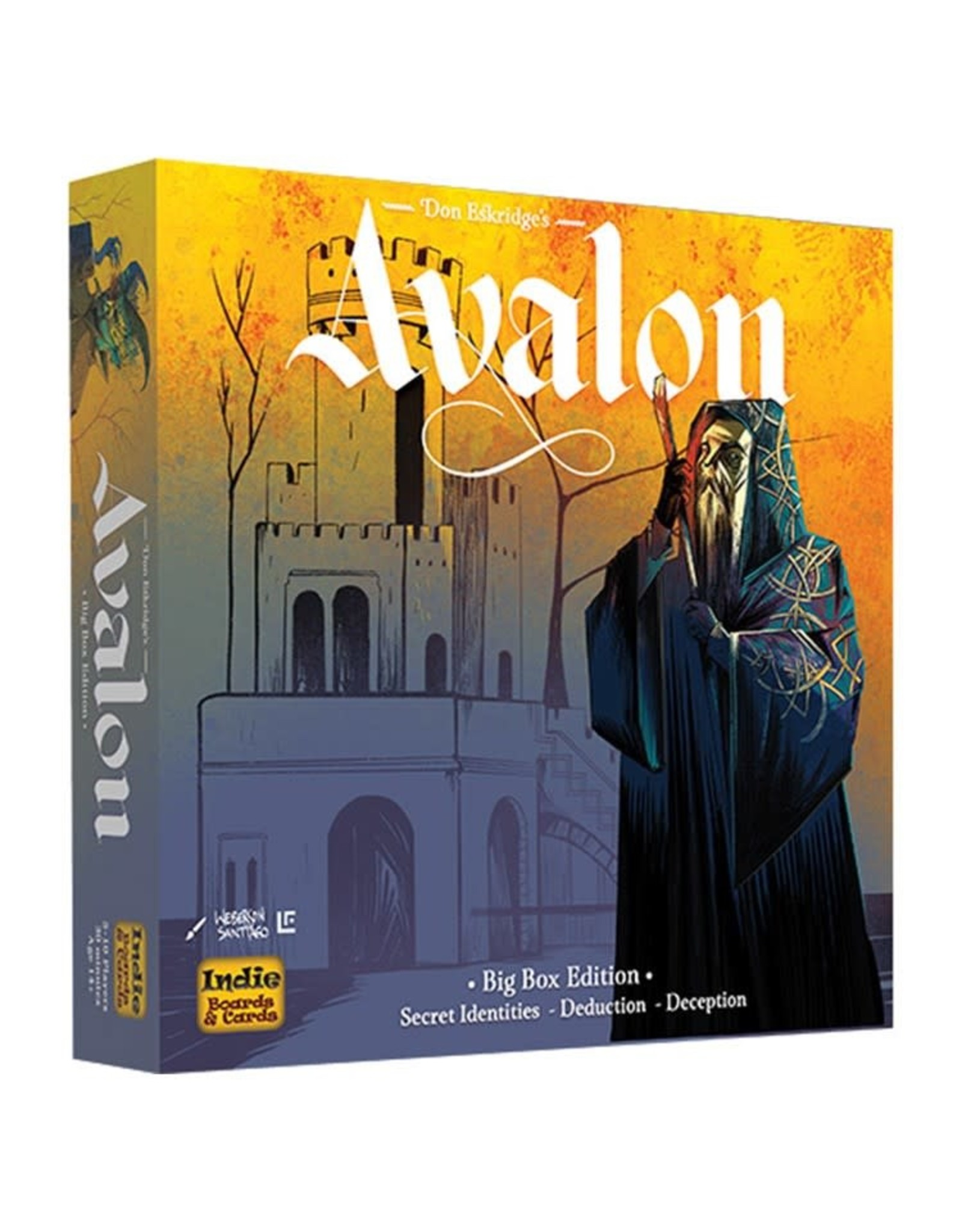 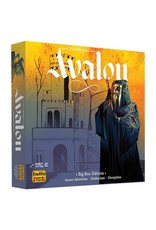 Avalon Big Box Edition is a very special release for fans of The Resistance: Avalon!

This is a game of hidden loyalty. Players are either Good Loyal Servants of Arthur fighting for goodness and honor, or they are aligned with the Evil ways of Mordred. Players vote to choose who will go on which Quest, but how can they know who to trust? If Evil sabotages three Quests, or if they assassinate Merlin at the end of the game, Arthur’s kingdom will fall.

Avalon Big Box is a remastered edition of the classic social deduction game The Resistance: Avalon with a huge amount of additional content added for near limitless gameplay options.

Included are 23 distinct characters and numerous optional modules including Lancelots, Excalibur, Plot Cards, Sorcerers, and Rogues that were released as expansions for Avalon and The Resistance. Also included are new roles and modules such as the Messengers, Lunatic, Brute, Revealer, Cleric, Trickster, and Deceiver.