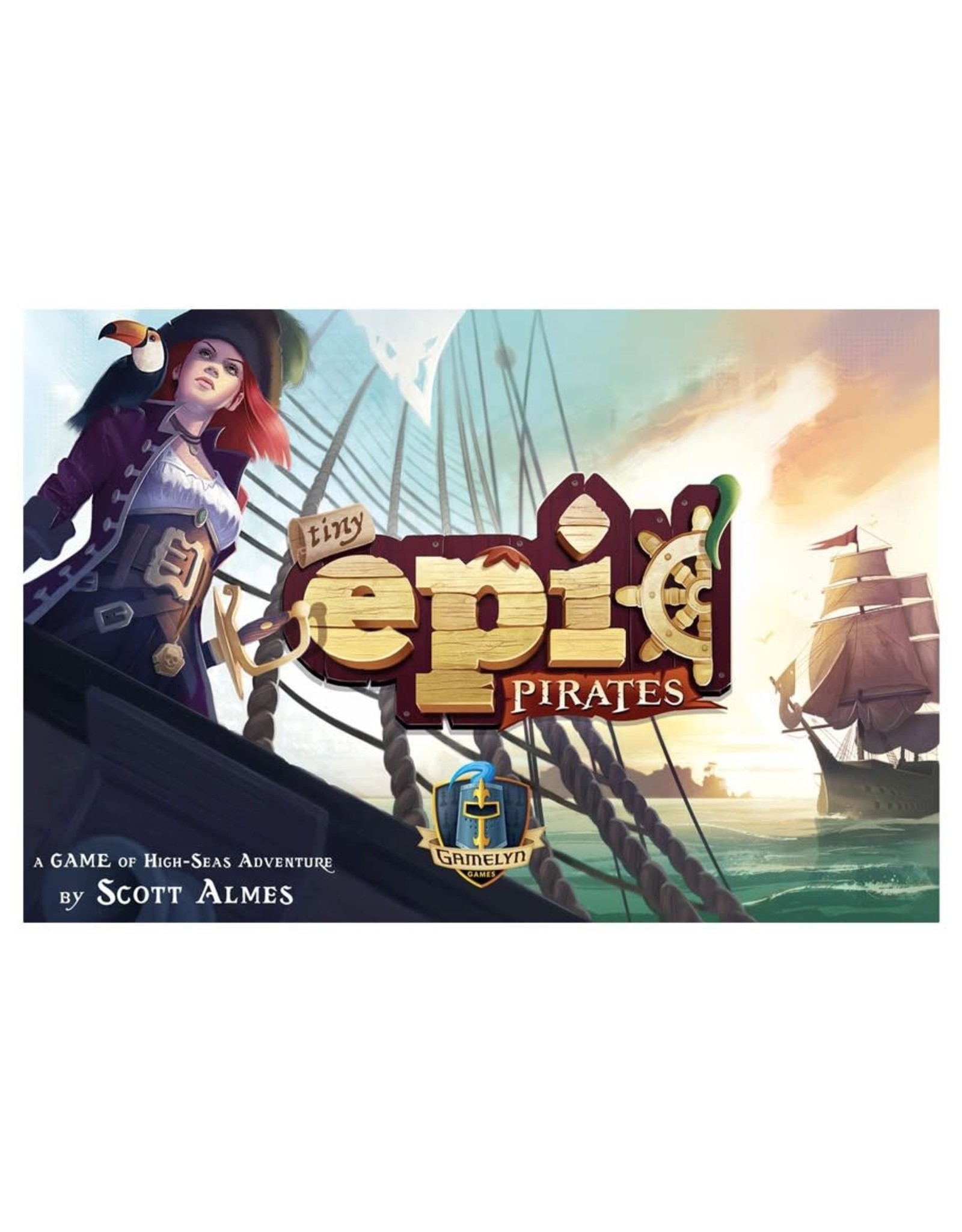 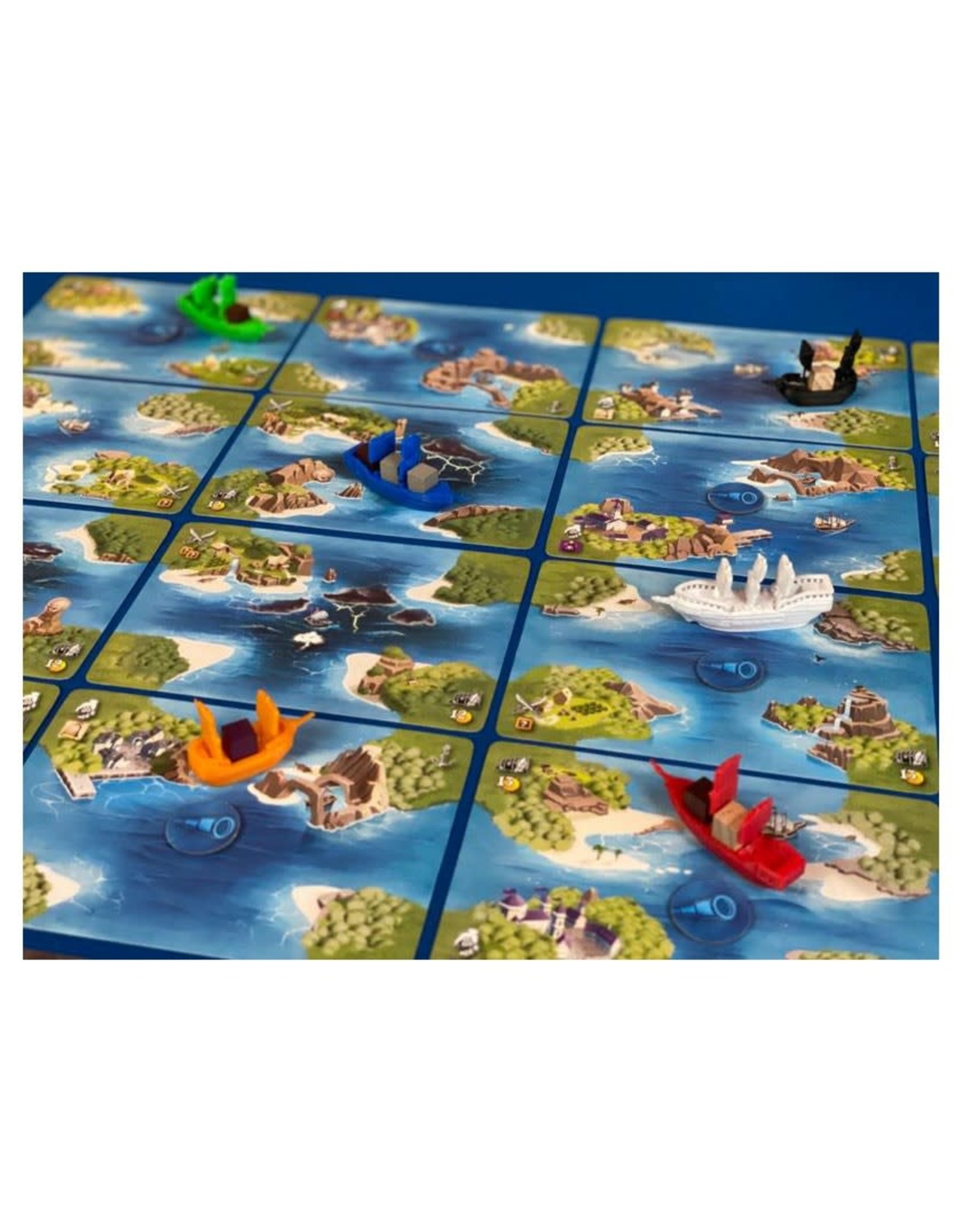 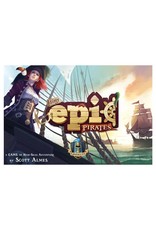 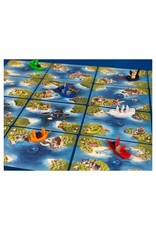 In Tiny Epic Pirates you take control of a Pirate ship with the goal of burying vast amounts of wealth on secret island hideaways.

Each turn, you move your Captain Token around your ship’s action wheel (rondel), selecting which action to perform... Plunder, Trade, Crew Up, Attack, or Search. Each player has a randomized and unique arrangement of these actions on their rondel. Sailing your Pirate Ship is something every player can do every time they take an action.

The end of the game is triggered once a player has buried three treasures. To do this, a player must first acquire the amount of gold required to bury at the various bury spots on the map. After all players have had an equal number of turns. The player who has buried three treasures wins the game. Ties are decided by the player who has the highest legendary status, followed by which player has the most gold.