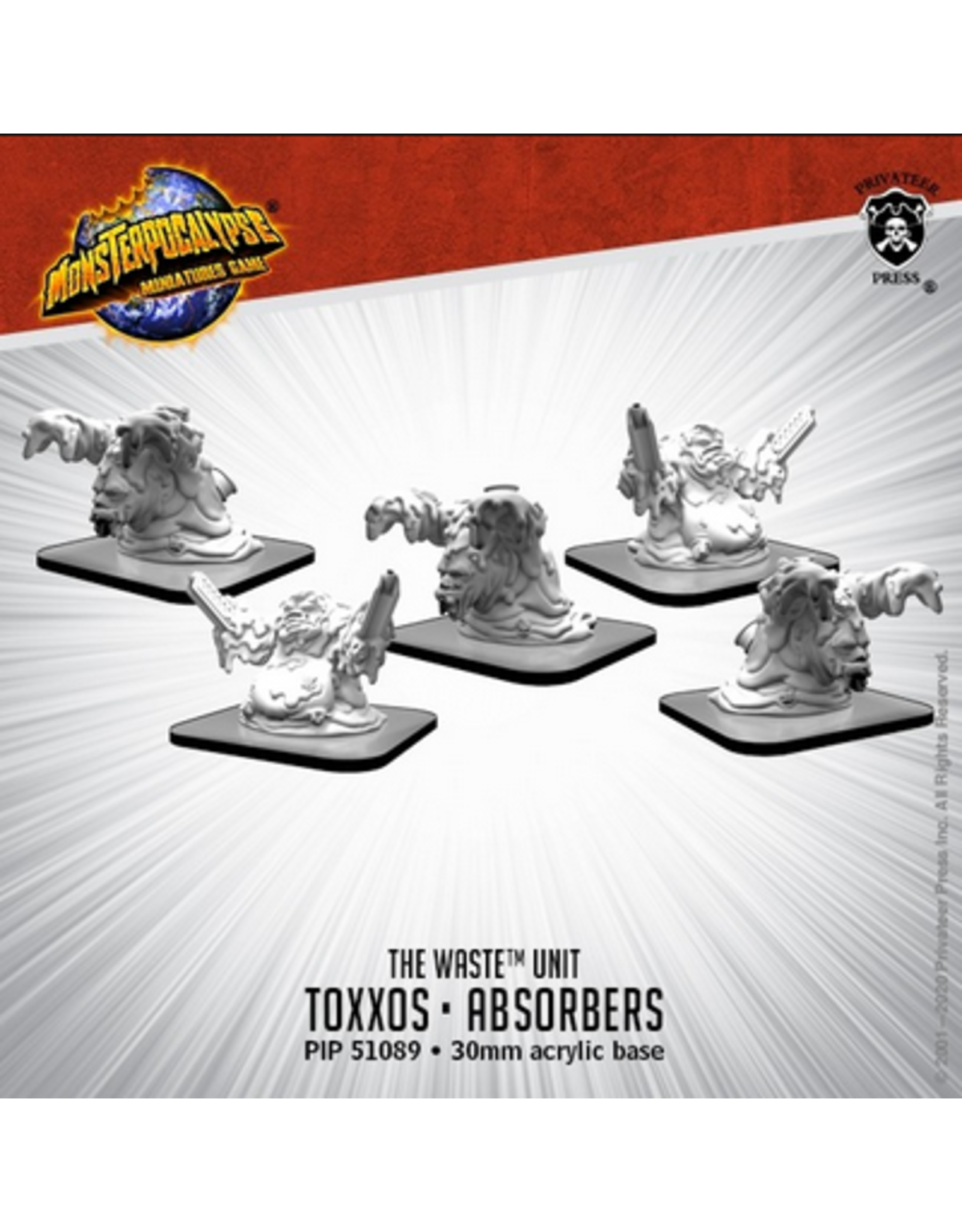 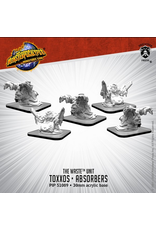 Even more mysterious than the gargantuan creature known as Globbicus are the smaller creatures that follow in the monster’s wake. Toxxos seem almost entirely mindless, oozing forward to crush anything in the area. Their origin seems to be a toxic waste facility that Globbicus appeared to be drawn to. Many of these creatures still display embedded in their voluminous bodies the barrels the waste was stored in. In stark contrast to their mindless counterparts, absorbers seem to have some understanding of what is happening around them. They move toward the piles of debris left over when the fighting has moved on, seeming to choose the most useful detritus to incorporate into their bodies to enhance their combat prowess.

This blister pack provides the first Waste unit reinforcements for Destroyers players. Toxxos provide straightforward brawling units with an interesting support ability for friendly monsters. Due to their Hazardous nature, enemy monsters that collide with them will suffer, encouraging players to throw opponent's monsters into friendly units for the first time. Absorbers, as their name implies, are capable of eating materials to use as Improvised Weapons and can lend some of the Power of that Scavenged material to their monsters.