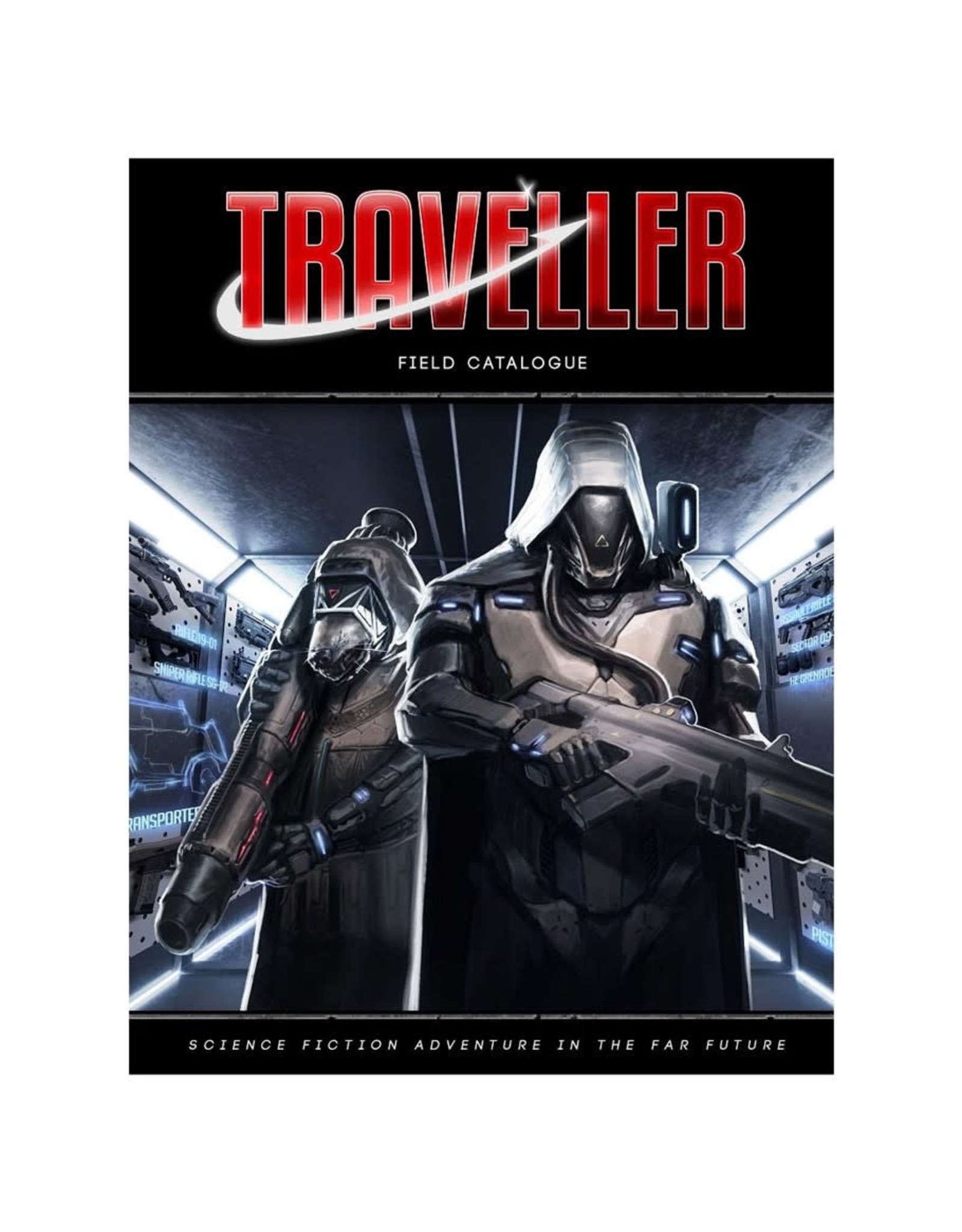 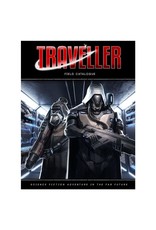 The Field Catalogue presents a selection of weaponry and equipment to suit all budgets and requirements, from handguns to grav tanks, from boots to starships. For those wanting something special the weapon design system puts custom firepower in the hands of your mercenaries. Balance knockdown power against armour penetration and magazine capacity; magazine capacity against the ability to get a shot on target before the opposition fires back. This book also has rules for situations the average Traveller never encounters: chemical warfare, standoff missile attacks, artillery bombardment and manoeuvring under fire on a low-gravity planetoid. Among the force-multipliers and problem solvers in the Field Catalogue are distraction grenades, auto-hacking intrusion devices and thermal concealment coverings. Personal weaponry ranges from the ubiquitous ‘Mark 1’ handgun to top-end gauss sniping weapons. For those with a bigger budget, the Field Catalogue presents a range of vehicles with options packages. The basic Negav 10-wheel truck is a humble logistics vehicle, but for a few thousand Credits more it can become a mobile headquarters or improvised ground assault platform. The S-series grav platform can transport troops to the battle area or provide support with its autocannon and Blackjack gun/missile system. The very richest commanders can travel in style aboard the Gravitas skiff or take command of a Shadow gunship for more direct action.