Vampire The Masquerade: 5th Edition - Cults of the Blood Gods 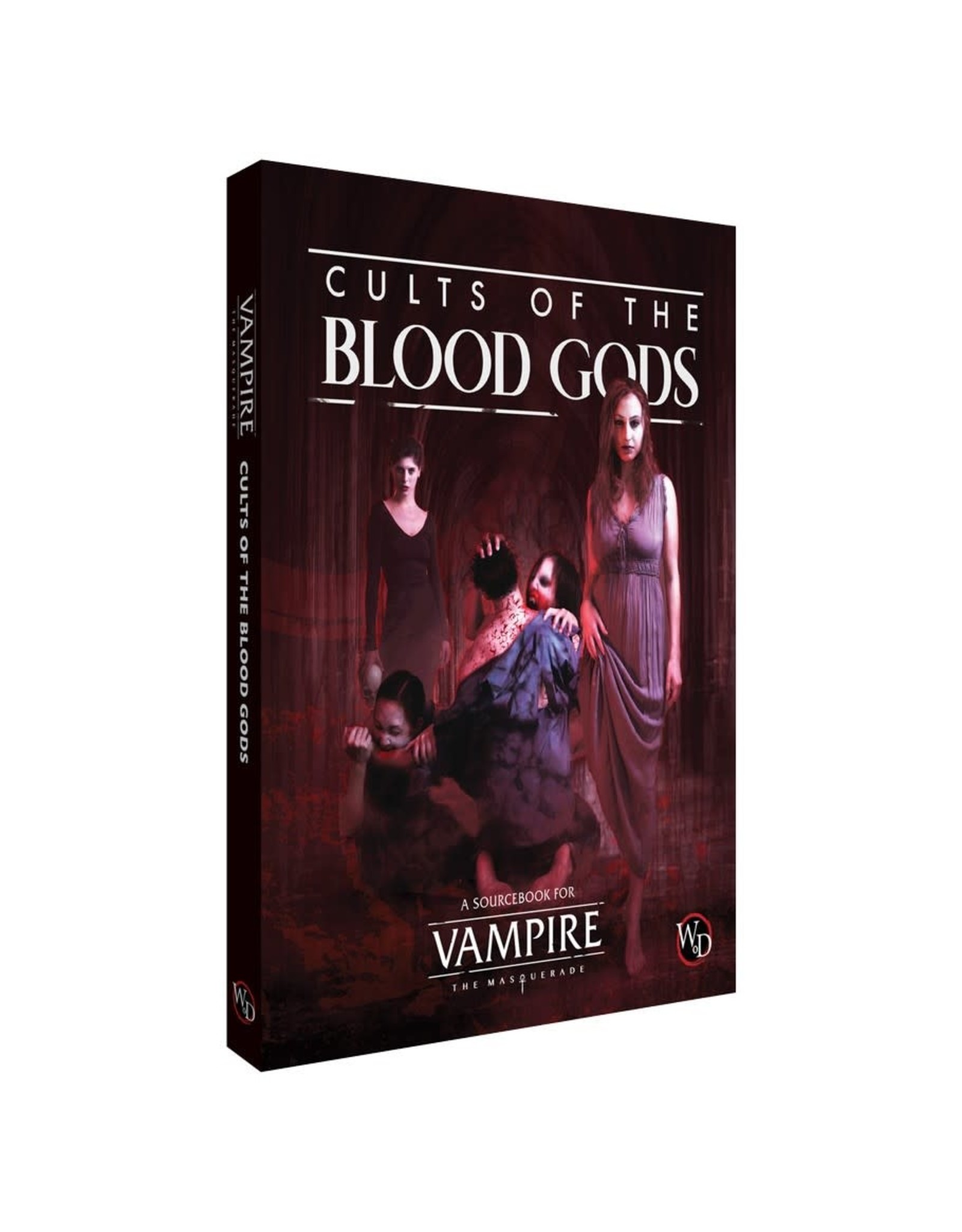 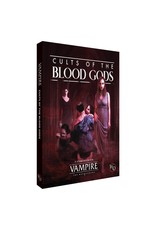 While some vampire cults span the globe hiding in plain sight, others are fringe faiths with morbid practices and ancient conspiracies lasting centuries. Others such as the incestuous Clan of Death and the malignant Church of Set — arguably the largest vampire cults of all — believe in a destiny that will enable them to impose their wills on the world of the living and the dead.

Whether for power, salvation, or transcendence, all Kindred cults wallow in blood. They shed it in sacrifice, demand it of their followers, and exalt in it in unholy baptisms proclaiming their divine glories. These cults dedicated to blood gods are among the most insidious, damning sects of Kindred, and tonight they approach their apex of power.

Cults of the Blood Gods includes:
- An in-character breakdown of the rise of esoteric beliefs among the ranks of the undead and how faith drives many of the major aspects of vampire culture.
- A host of religions — from historic theocracies and globe-spanning conspiracies to fringe cults and mortal beliefs arising in the modern nights — introduced for incorporation into your character backgrounds or as supporting casts and antagonist groups in your chronicles.
- The history, structure, and ambitions of the Hecata, the vampire group known as the Clan of Death, as well as a chapter dedicated to playing a vampire among the Necromancers, and the rituals for their signature Discipline: Oblivion.
- Guidance on how to use ecclesiastical horror and construct cults in Vampire, making them a vivid backdrop for your own stories, including new coterie styles focused on cult play.
- Faith-based story hooks and a full chronicle centered on the activities of the Hecata, involving walking corpses, ghosts, ready-made characters, and the secrets of the most twisted family in the World of Darkness.
- New Loresheets, Backgrounds, and Predator types for inclusion in your chronicles, encouraging player characters to engage fully with the material presented in this book.