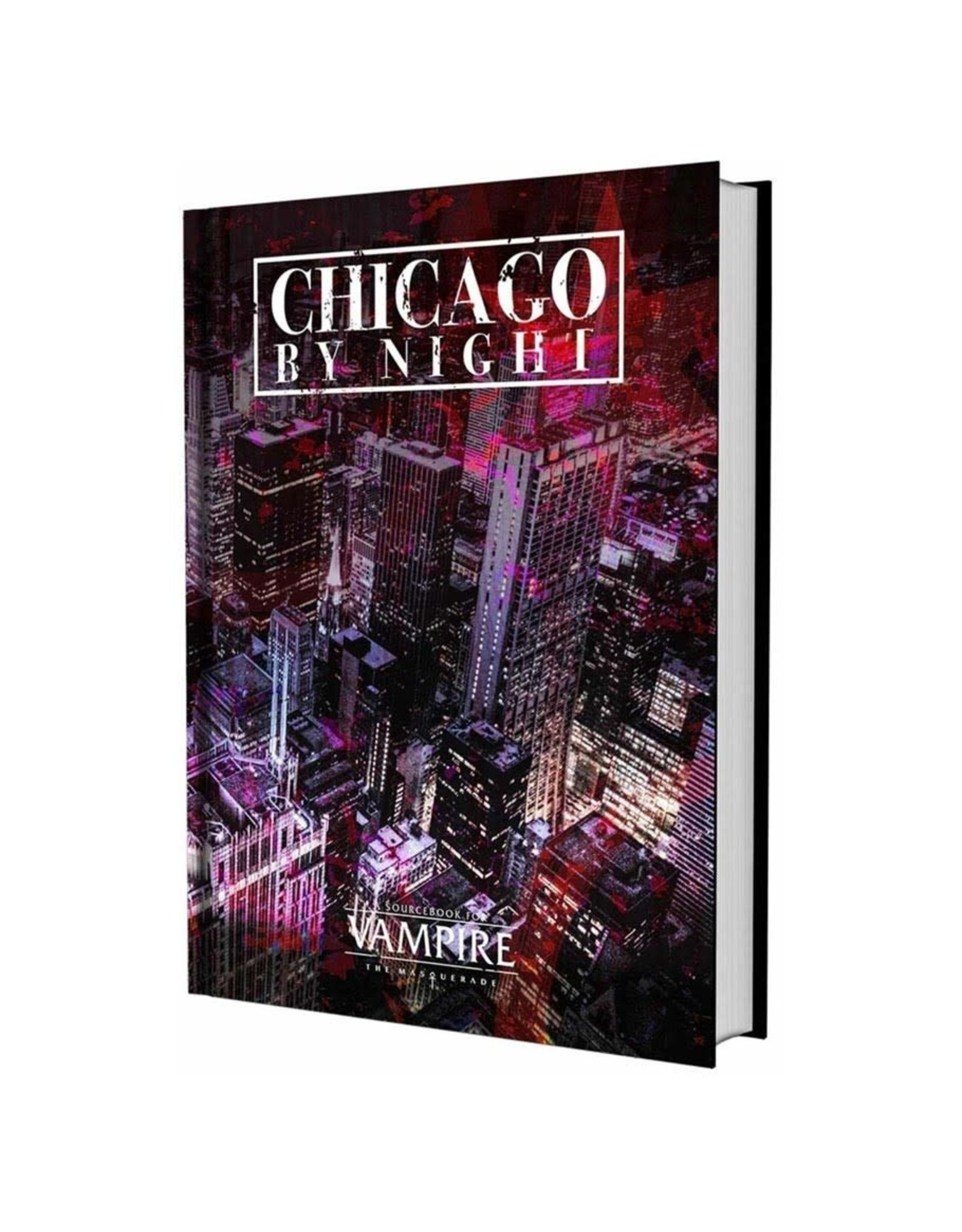 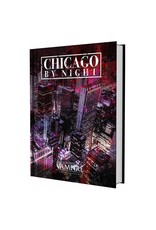 Accept no substitutes: Chicago is the city of vampires.

A history of Chicago from multiple vampire perspectives and accounts of the domain as it exists in the modern nights, along with systems for how to run this city like the twisted, dysfunctional machine it is. An introduction for the Clan of Night’s entry to the Camarilla and rules for playing Lasombra in Vampire: The Masquerade 5th Edition, including their Discipline of Oblivion. Over 50 individual Kindred with biographies, ambitions, secrets, relationships, and reasons for inclusion in any given chronicle, along with fiction illustrating these characters and key locations around the city. Coteries illustrating the factionalism of Chicago’s Kindred and new coterie examples for your characters. Loresheets for characters new to or already based in Chicago, providing players easy ways to integrate their characters into the book’s many stories.