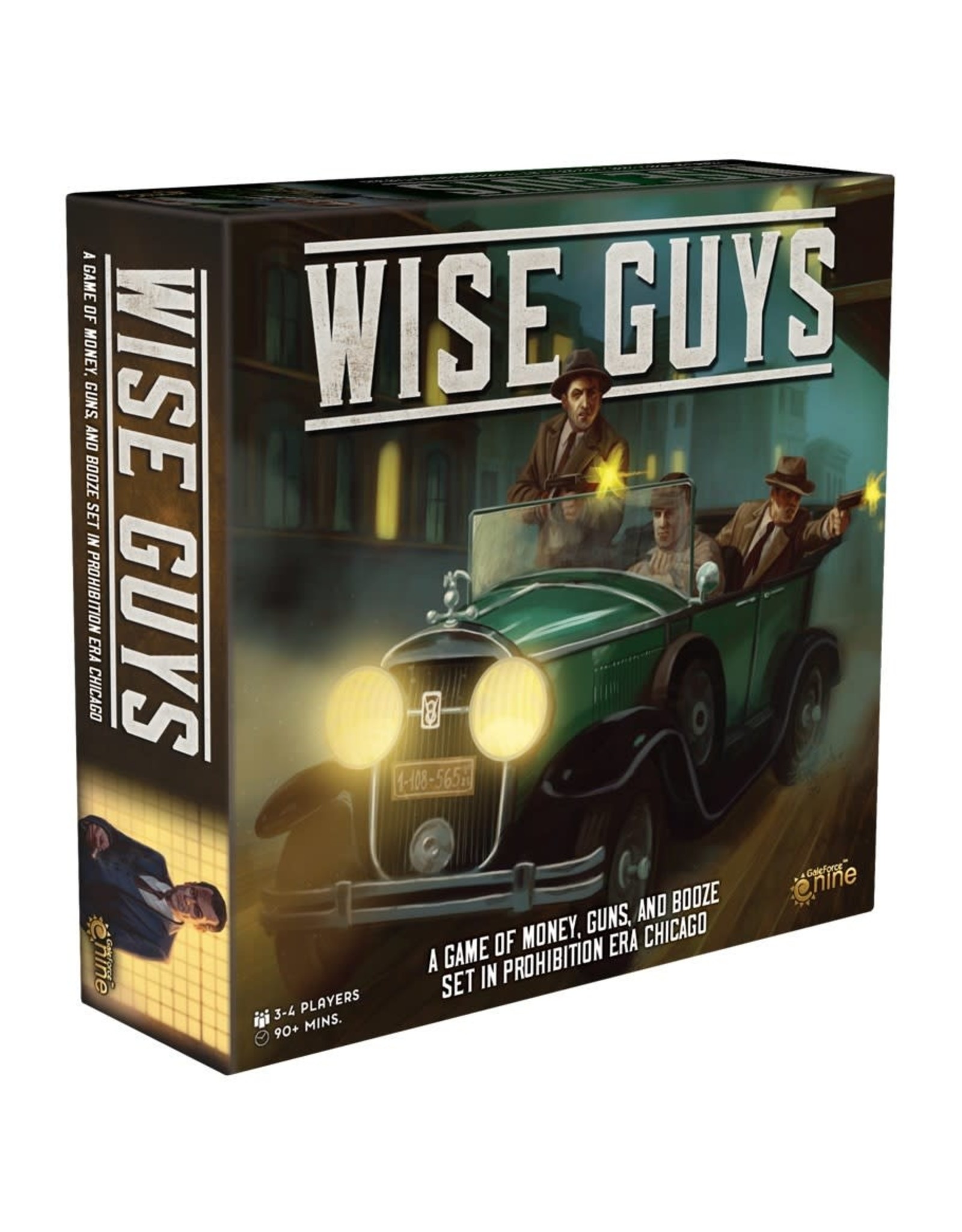 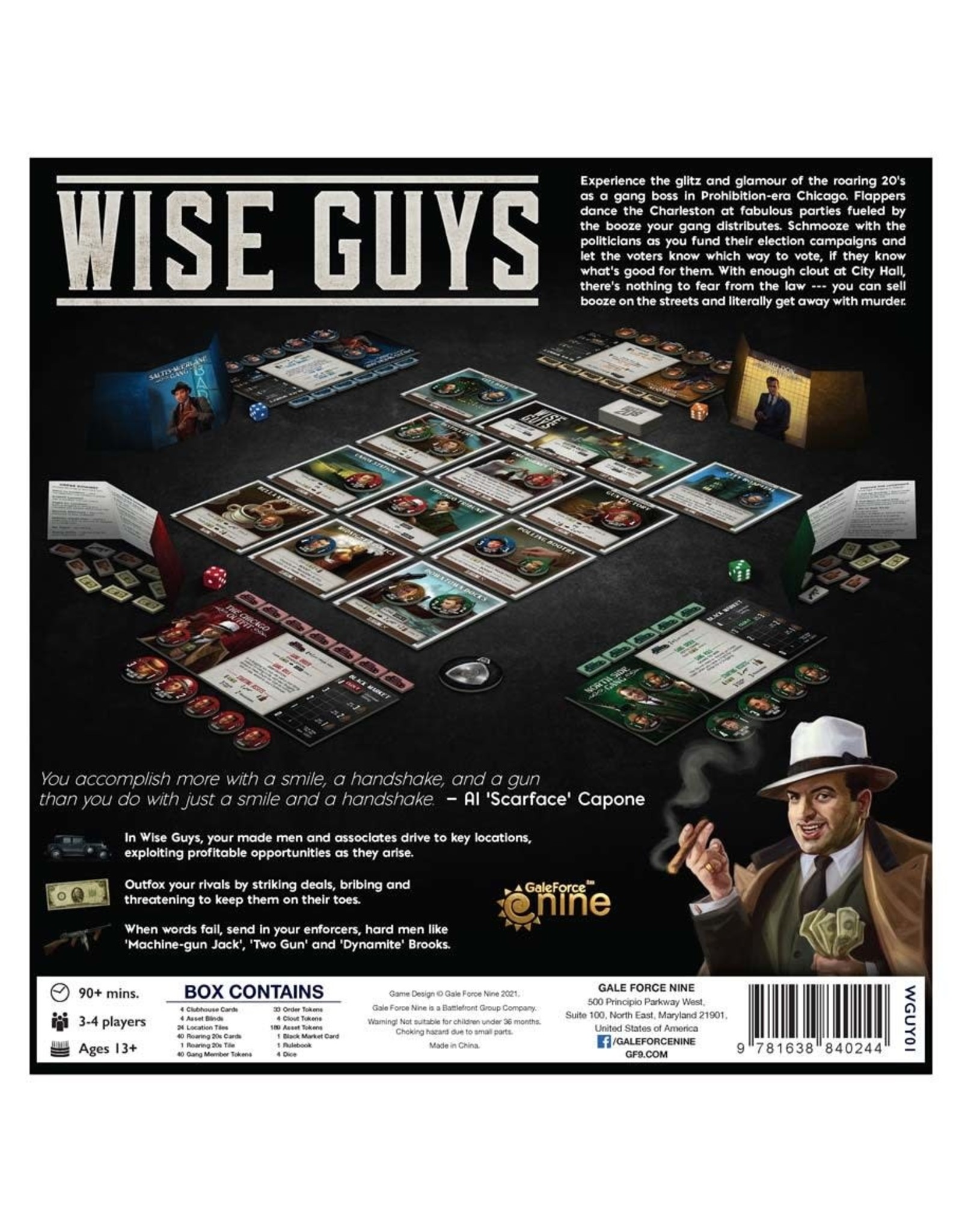 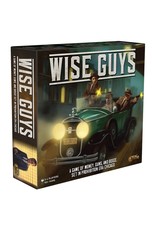 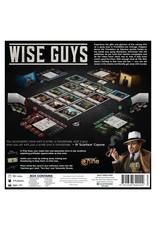 A Game of Money, Guns, and Booze set in Prohibition era Chicago.

Experience the glitz and glamour of the roaring 20’s as a gang boss in Prohibition-era Chicago. Flappers dance the Charleston at fabulous parties fueled by the booze your gang distributes. Schmooze with the politicians as you fund their election campaigns and let the voters know which way to vote, if they know what’s good for them. With enough clout at City Hall, there’s nothing to fear from the law --- you can sell booze on the streets and literally get away with murder.

In Wise Guys, players control rival gangs, competing to be the most successful ‘alky runners’ in Chicago during the Prohibition. Each turn, players wheel, deal, talk and fight to control locations where they buy and sell alcohol, help politicians get elected and get help in return, or double-cross rival gangs. Negotiate, threaten and ally with rival gangs when it serves your needs, but be wary of the inevitable knife in the back. The gang with the most cash at the end of the game wins